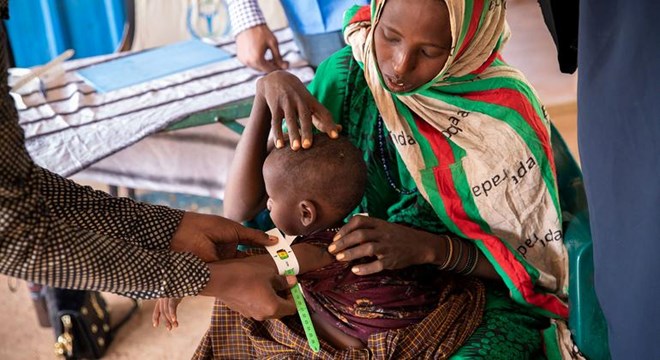 On Tuesday, the Food and Agriculture Organization of the United Nations (FAO) issued a critical humanitarian situation alert for Somalia, warning that famine is imminent.

By attending to the immediate needs of rural populations, which are among those most at danger, it is still possible, according to the FAO, to turn the tide.

“Somalia’s predicament is still terrible. Although current levels of humanitarian aid are preventing catastrophic results, they are not enough to stop the threat of famine for more than a few months at a time “Etienne Peterschmitt, the FAO’s representative in Somalia, said in a statement.

Elevated death rates are notably noted in some of the most susceptible places by the recently published UN-backed Integrated Food Security Phase Classification (IPC) Acute Food Insecurity analysis, which rates levels of severity from one to five.

The most recent estimate update predicts that 1.9 million people will experience IPC Phase 4 (Emergency) conditions between January and March 2023, and that number will rise to 2.7 million between April and June.

By June 2023, up to 727,000 individuals could experience severe food insecurity, which would result in death and hunger.

In order to help communities meet their immediate needs, adapt their livelihoods, and build resilience in the face of climate crises and economic shocks, Peterschmitt said that real action must be taken. This will enable communities to be ready for whatever the future may hold.

But the FAO emphasized that unless this is coupled with drastically increased investment in resilience and livelihood assistance, the trend of extreme hunger in Somalia will never change.

Due to the record drought brought on by five consecutive failed rainy seasons, increasing food prices, and escalating war, Somalia has been on the verge of starvation in recent months.

According to the FAO, approximately 24 million dollars in financial and livelihood aid have been given to rural communities most vulnerable to famine, and over a million additional people are expected to receive help in the upcoming months.

The FAO noted that more money is urgently required to give life-saving assistance.