Farmajo has put a moratorium on new appointments until the presidential elections are over. 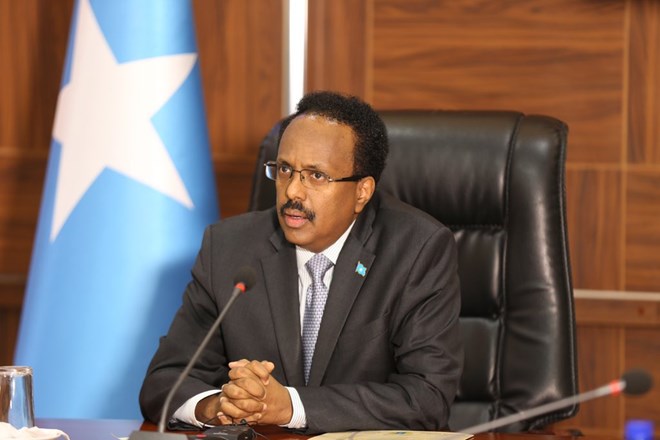 President Mohamed Abdullahi Abdullahi has halted all administrative and personnel changes in government departments until the presidential election, which is slated to take place this month, is completed.

Farmajo said the decision would take effect on April 14, when Somalia’s 11th parliament was sworn in, in a decree released on Tuesday. It would, he claimed, prevent misuse of office.

Several essential positions are explicitly listed as untouchable in the regulation.

President Mohamed Abdullahi ordered government agencies to refrain from taking advantage of public powers and assets for private interests and in a way that does not serve the country’s public interest, saying that everyone is held accountable for the abuse of national property and power. ‎

It also comes as pressure mounts on Abdirashid M. Ahmed, the Minister of Petroleum and Mineral Resources, to resign over an ill-advised exploration deal with Coastline Exploration, a rebrand of the embattled British oil giant Soma Oil.

In a UN investigation, the organisation, which was originally led by former Prime Minister Hassan Ali Khaire, was accused of bribing senior Somali state workers hundreds of thousands of dollars.

Both Prime Minister Roble and President Farmajo have spoken out against the Coastline Exploration pact, calling it unconstitutional. Minister Ahmed, on the other hand, remains in charge of the petroleum portfolio, which has caused some consternation within the Somali government.

A parliamentary session is planned for Wednesday, which will set up the committee to organize the presidential elections. Somalia’s president has been without a legal mandate since February 2021.