Federal legislators come in Mogadishu to take their oaths as members of the 11th Parliament. 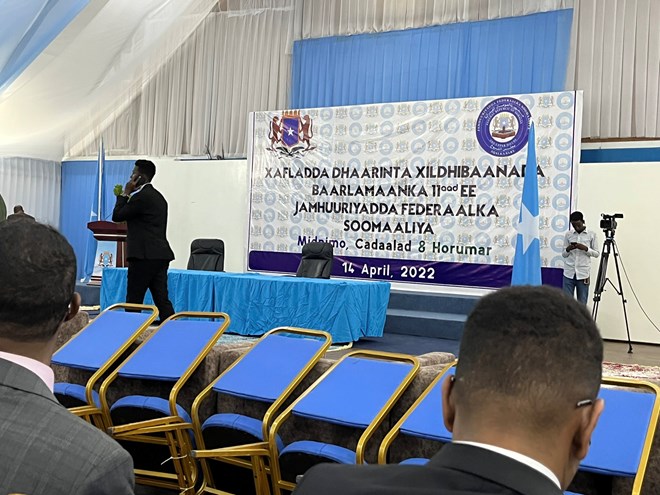 Baidoa . On Thursday, more than 200 parliamentarians are due to be sworn into office for Somalia’s 11th Parliament in Mogadishu.

Mogadishu’s security has been tightened considerably. The Somali National Army (SNA) shut down all entries and exits to the airport, which is home to the Afisioni tent, which will host the ceremony.

The status of South West MPs was a source of worry for election watchers. Their region’s president has encouraged them to skip the swearing-in event in protest over the federal electoral commission’s decision to invalidate three seats in their district.

Following a meeting with the FEIT chairman in Baidoa on Wednesday, representatives of the federal electoral authority announced that the election results for two seats – HOP204 and HOP103 – would be recognized, but that electoral irregularities remained in HOP154 which would have to be re-run.

State legislators from the South West have begun coming in Mogadishu, where they will get official confirmation from the federal election commission.

The results of HOP 086, which was won by former intelligence chief and close ally of President Farmajo Fahad Yasin, were also annulled by FEIT. Despite objections from the Hirshabelle regional government that the election was held in accordance with the September 17 agreement and that FEIT was abusing its power, it appears that the beleaguered national security advisor will not be sworn in on Thursday.

Fahad Yasin filed a plea with Somalia’s fledgling Supreme Court on Monday, despite the fact that the court has never heard an election issue before.

bPreviously, the Farmajo-appointed Chief Justice stated that the court would not be able to hear cases arising from the election because the format was crafted out of a political agreement and not constitutionally.

Somalia may start preparing for the long-awaited presidential elections now that MPs have been seated. Federal MPs vote directly for the President in Somalia’s indirect election system.