Fifth consecutive year of drought forecast for Horn of Africa 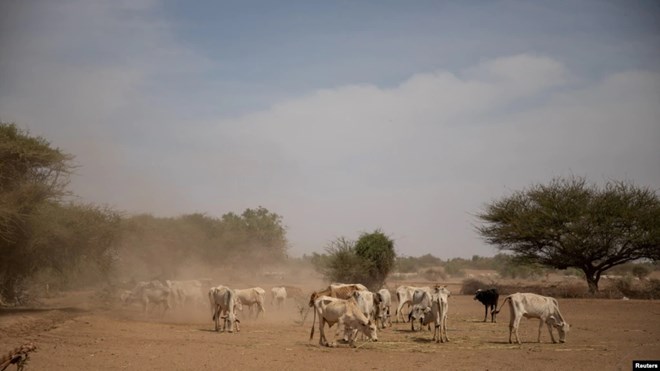 The World Meteorological Organization warns that a fifth straight season of low rains will certainly affect millions of people in the wider Horn of Africa. The horrific four-year drought in the Horn of Africa is expected to last another year, according to the U.N. weather office.

The seasonal climatic prognosis for the area, which was released on Thursday, according to World Meteorological Organization spokesperson Claire Nullis, is poor news for millions of people who have already experienced the longest drought in 40 years.

“The predictions show high chances of drier than average conditions across most parts of the region. In particular, the drought affected areas of Ethiopia, Kenya, and Somalia are expected to receive significantly below rainfall until the end of the year.”

The WMO notes the October to December season contributes up to 70 percent of the annual total rainfall in the equatorial parts of the greater Horn of Africa, particularly in eastern Kenya. It says the lack of rain is likely to extend to parts of Eritrea, most of Uganda and Tanzania.

Last month humanitarian agencies and the regional bloc IGAD issued an alarming report about the growing number of people suffering from acute hunger in the region.

According to Tomson Phiri, spokesman for the World Food Program, drought in the Horn of Africa is not a recent occurrence. He claims that the current situation is worse and is happening more frequently.

Every area hit by the drought is experiencing growing hunger and malnutrition. Famine is also a very real possibility in Somalia, according to Phiri. “This is clearly documented, in my opinion. This is public information. It belongs to the general public. Although a famine has not yet been proclaimed, that does not mean that it won’t be in the following months. It poses a very real threat.

According to U.N. agencies, a staggering 50 million people in the Horn of Africa as a whole experience severe food insecurity. The WMO’s director general