Finnish delegation to visit Türkiye for talks on terrorists’ extradition 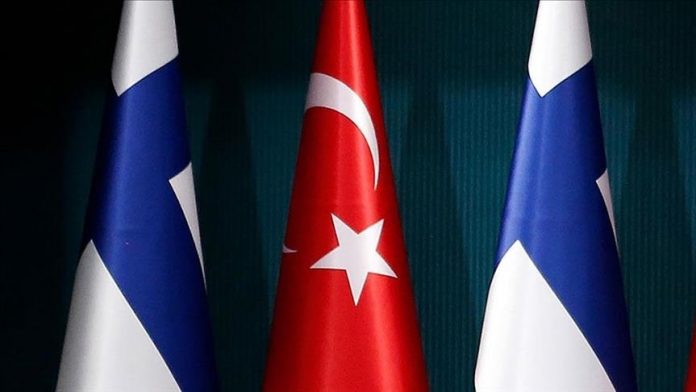 Next Tuesday, a Finnish delegation will travel to Turkey for technical discussions over the extradition of alleged terrorists wanted by Ankara in accordance with a recently signed deal.

The separatist PKK and the Fetullah Terrorist Organization (FETO), the latter of which was responsible for the failed coup attempt in Turkey in 2016, will both be requested to be extradited by Turkish officials during the conference. Documents will also be utilized to establish the guilt of the alleged terrorists.

In response to Russia’s aggression against Ukraine, Finland and Sweden submitted formal applications to join NATO in June.

Turkey, who has been a NATO member for more than 70 years, expressed opposition to the membership applications and criticized the two nations for tolerating and even aiding terrorist organizations.

At the NATO summit in June in Madrid, the three nations agreed to a trilateral memorandum of understanding, which states that neither Finland nor Sweden will help FETO or the YPG/PYD, the Syrian affiliate of the PKK terrorist group.

The PKK is responsible for the murders of 40,000 people, including women, children, and infants, and is classified as a terrorist group by Turkey, the European Union, and the US. The YPG, which is also present in Europe and is openly supported by a number of states

The Nordic nations also agreed to deal with Ankara’s pending requests for the deportation or extradition of terrorist suspects.

For Finland and Sweden to join NATO, the Turkish parliament must ratify the nation’s endorsement of their participation.