First confirmed Ebola death in the capital of Uganda 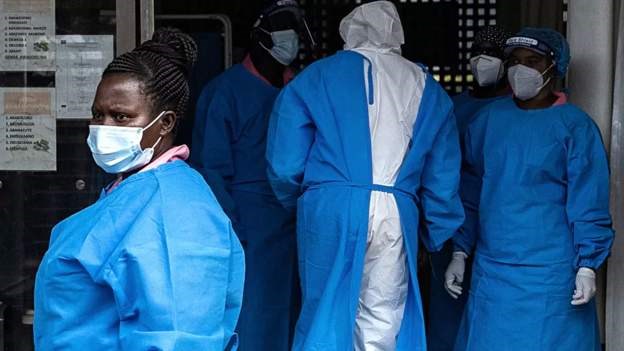 Somali Magazine -A patient has passed away in Kampala, the nation’s capital, for the first time since Uganda’s Ebola outbreak started last month. This brings the total number of fatalities since then to 19.

Although there are no confirmed active cases in Kampala, this death is the most recent evidence that the virus is spreading from its epicentre in the central region, which is why concerned medical professionals urged the government to quarantine that area in order to stop the spread of the disease.

According to Uganda’s health minister Jane Ruth Aceng, the man who died of Ebola in Kampala had been identified by health teams as possibly having had contact with the virus, but he left his village and sought aid from a traditional healer in a different area.

On Friday, the man passed away at Kiruddu National Referral Hospital.

Because the patient was seriously ill when he arrived at the facility, according to Ms. Aceng, the teams providing care for him were prepared and protected themselves.

The health ministry reports that 42 people who he may have interacted with have been listed and are being tracked down.

In Uganda, there have been 54 confirmed cases of Ebola to date.