Following the headscarf, the burkini has sparked debate in France. 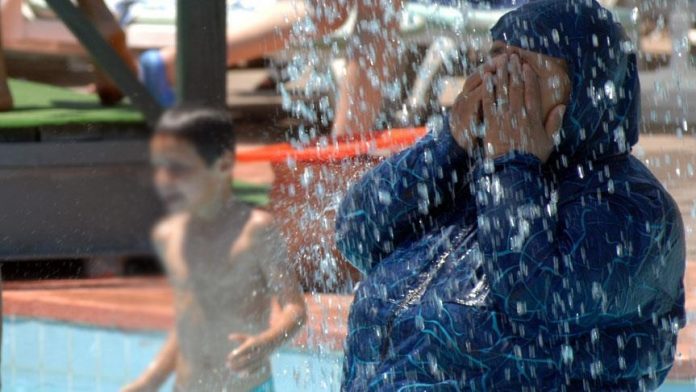 The city of Grenoble’s decision to allow women to swim in municipal pools wearing the burkini has sparked a heated debate in France, with the government calling the decision “provocative.”

“I have asked the prefect to refer the deliberation authorizing the wearing of the ‘Burkini’ to’secularism’ and, if necessary, to urge its revocation,” he tweeted.

Public servants, members of the municipal council, and individuals are required to “ensure compliance with the principles of secularism and neutrality of the state” under the provisions of the 2021 law titled “confirming respect for the principles of the Republic” adopted to combat radical extremism.

After the Grenoble city council adopted Monday new regulations lifting restrictions on swimwear in public swimming pools, the Isere prefecture where Grenoble is located, raised objections with the Interior Ministry and the administrative court. The new rules allow women to wear head-to-toe covering burkinis and bathe topless if they want.

Grenoble is the second city in France after Renne to allow the wearing of burkini in municipal swimming pools.

The approved regulations that were first proposed by the city’s ecologist mayor Erick Piolle have stirred a political storm, enraging far-right parties and certain public authorities, who accuse the burkini as an “Islamist outfit” and the decision of “succumbing to Islamism.”

Piolle defended abolishing the dress code restrictions as it prevented a section of vulnerable populations like Muslim women and trans people from using the public swimming pools.

He responded to Darmanin on Twitter, urging him “to re-read the 1905 law, rather than twist it.”

The 1905 secularism law promulgating separation of the church and the state is a highly contentious piece of legislation that has been used by politicians to frequently target the minority Muslim population. Display of religious signs like wearing of the Islamic headscarf or hijab has been charged as incompatible with the “secular values of the republic.”