For aiding and abetting the kidnapping of Cuban doctors, a driver will serve a life sentence. 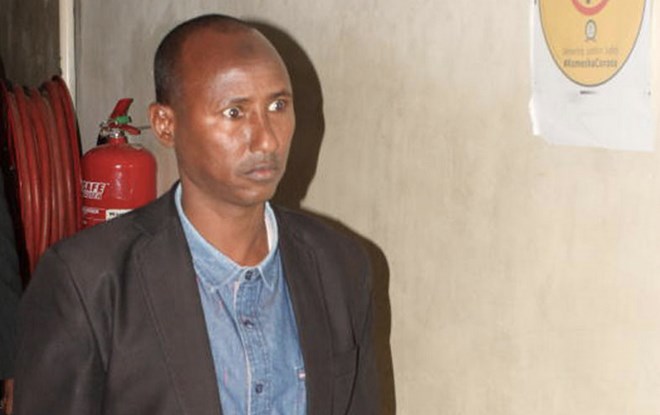 A former Mandera County Government driver has been sentenced to life in prison for transporting two Cuban doctors who were kidnapped and taken to Somalia in 2019.

He was convicted of being a part of a plot to kidnap doctors Assel Herrera and Landy Hernandez.

Mr. Robow has been sentenced to life in prison for ordering the terrorist act that resulted in the death of police officer Mutundo Katambo. He was assigned to the Mandera East Sub-Critical County’s Infrastructure Protection Unit.

The late Katambo had been assigned to accompany two Cuban doctors who had been assigned to the Mandera county referral hospital as escorts.
He faces a maximum sentence of 40 years in prison, plus an additional 25 years for kidnapping and holding the Cuban doctors hostage. According to Ms Nanzushi, Mr Robow was sentenced to 15 years in prison for aiding and abetting a terrorist act.

The accused is married to a Kenyan woman and has 11 children with her. Mr Robow expressed remorse through his lawyer Chacha Mwita in mitigation.

The prosecution, while urging the court to give a maximum sentence, said the police officer who survived has never recovered from the terrorist attack. “The officer saw his colleague being shot at and the Cuban doctors being taken away,” the prosecution said, adding that the officer is contemplating leaving his job as he does not feel safe.

The officer who was killed in the incident left behind a widow and a three-year-old child. At the time of his death, his young wife was pregnant. The prosecution said following the incident, no more foreign workers are willing to work in Mandera County.

Mr Mwita claimed that the defendant was a first-time offender who deserved a non-custodial sentence. Mr Robow was also sentenced to an additional six months in prison for possessing a Kenyan national ID card while residing in Somalia. He was discovered to be in the country without permission.
Mr Nanzushi claimed that Mr Robow had worked and lived in Mandera County for over 15 years and had provided the abductors with all information about the doctors and police officers.

“Based on the information you provided, the abductors were well aware of the targets.”