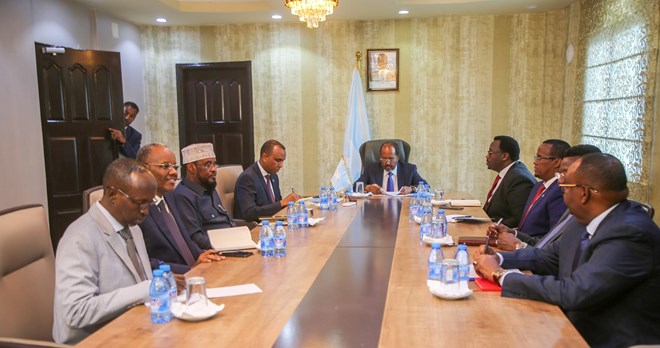 A two-day National Consultative Council (NCC) meeting was presided over by the president of Somalia, Hassan Sheikh Mohamud, on Thursday.

The third NCC summit has taken place since Mohamud assumed office in mid-May 2022.

The agreement to a national security framework and federal-state collaboration on the offensive against Al Shabaab were two of the primary topics on the agenda.

According to insiders, the federal administration is aware that it does not yet have a coherent plan for working with the regional member states to defeat al Shabab.

Regional leaders and President Mohamud exchanged updates on the security and drought situations in their respective states.

In the past three months, in the Hiiraan and Middle Shabelle region, government forces supported by local militia groups and supported by international allies recaptured more than 50 communities from al Shabab, killing more than a thousand militants.

Security analysts think the federal government wants to take advantage of the momentum it has created recently, but they also think that in order to flush out the extremists, greater coordination and cooperation from regional authorities is needed.