Forces from Tigray deny taking fuel from WFP in Ethiopia. 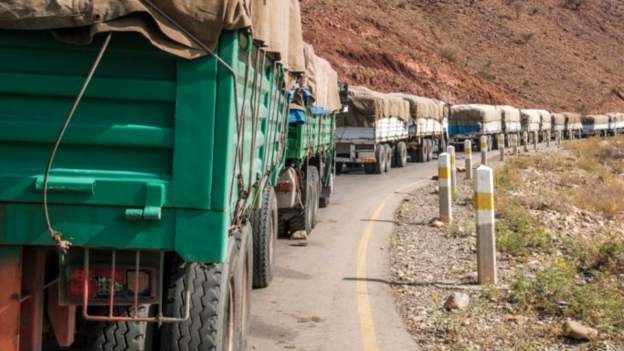 Tigray’s authorities have refuted a UN accusation that its troops stole fuel from a World Food Programme (WFP) depot. Tigray is located in northern Ethiopia.

According to WFP head David Beasley, it took place on Wednesday, the day when combat resumed after the March humanitarian truce between Tigrayan forces and the Ethiopian government.

“A group of armed individuals forced their way into the WFP’s Mekelle complex and took 12 fuel-filled tankers totaling more than 500,000 litres. “WFP had just recently purchased this fuel, and it had barely arrived before it was stolen,” he claimed.

However, Tigray’s regional government labelled his remarks “incendiary” and announced it was returning 600,000 gallons of fuel it had loaned to the World Food Programme a few months ago.

“It merely demanded that it be paid back in accordance with the arrangement we had,” the company stated in a statement.

“The fuel will be utilised to power basic services such as hospitals, clinics, and other health facilities that have been plundered and damaged by the invading forces across Tigray.”

“We are dedicated to cooperating with humanitarian partners as they work tirelessly to address the grave humanitarian crisis raging in Tigray,” the Tigrayan statement said, adding that it hoped the misunderstanding could be corrected. In this spirit, we are prepared to discuss with WFP officials all outstanding issues.”

UN Secretary-General António Guterres has expressed alarm at the return of conflict, despite recent hints that peace talks were on the horizon.

The battle in Tigray, which began in November 2020, has killed tens of thousands of civilians, left millions in need of food aid, and left the province without basic utilities such as electricity, telephones, and banking.

Both sides have blamed one other for initiating the fresh confrontations, which can be heard in the Amhara region town of Kobo near Tigray’s border.

“The battle is around 20km [12 miles] distant from us,” one female resident of Kobo told the BBC.

Heavy weaponry can be heard nearby. It is still audible. The war has gotten worse. “An extra defence force has arrived in the area.”

Getachew Reda, a Tigrayan spokesperson, accused the government of deploying “ragtag militias” to the front to incite violence, claiming that hostilities were not in Tigray’s best interests.

“He cannot battle his way out of the problem,” he said when asked whether he had a message for Prime Minister Abiy Ahmed. He unquestionably threatens the dissolution of the Ethiopian state.”

Mr Getachew stated that the Tigrayan government was willing to negotiate as long as Tigray had “unrestricted humanitarian access” and its constitutional status was preserved.

“The remainder will be a matter of give and take.” We are more than willing to live with any administration as long as the Tigrayan people’s basic right to self-determination is properly respected.”

The BBC has requested a statement from Addis Abeba’s government.