Foreign diplomats and the president meet to talk about resuming Somalia-Somaliland negotiations. 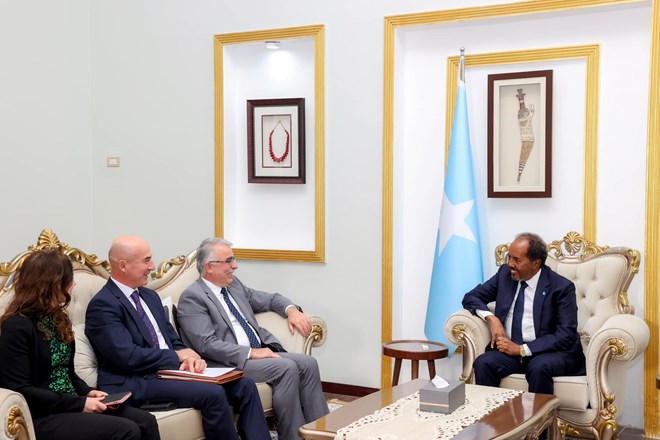 According to reports, the President reaffirmed Somalia’s intention to picking up negotiations with the secessionist Somaliland administration in Hargeisa.

The Turkish and Norwegian governments were warmly welcomed by President Hassan Sheikh Mohamud for their dedication to assisting in the revival of negotiations between Somalia and Somaliland. He spoke of his country’s strategy, “Somalia at peace with itself and the World,” which calls for resolving the long-standing Somaliland problem.

The conference ended, though, without any definite decisions on strategies for future conversations.