Former Minister of Information declares his presidential bid in Somalia. 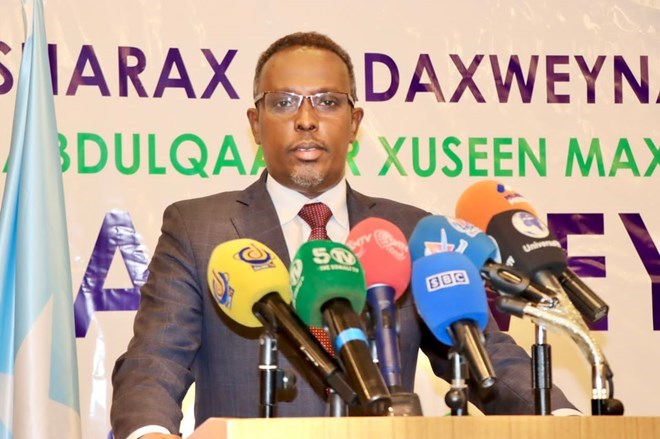 ‎Mr. Abdukhaadir Jahweyne emphasized that these difficulties demonstrate that Somalia is facing a serious threat unlike any other.

‎”I am resolved to stand up for my nation to be saved from political instability, thanks to my job experience, support from Somali intellectuals, and a sense of duty to safeguard my country. I will ensure that the Somali people have a leader who is qualified, engaged, and capable “the candidate stated

He said that his priority would be the stabilize the country. He added that Somalia’s judiciary needs to be strengthened and independent. He also pledges to tackle economic reform to facilitate investment and increase productivity.

Finally, he promised to deliver good governance structure and involve young people in the political process.

‎Yesterday, the Joint Committee for the presidential election preparation announced that it would take place in Mogadishu on the 15th of this month, which will end the uncertainty of the overdue elections in Somalia.‎