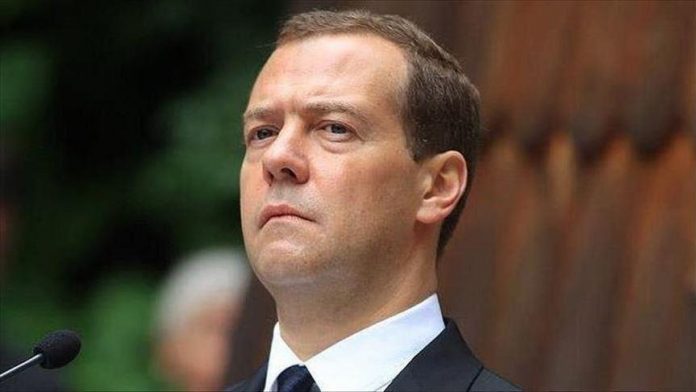 Former Russian President Dmitry Medvedev, who is now the deputy head of the country’s Security Council, warned on Thursday that if Finland and Sweden join NATO, the Baltic’s nuclear-free status will be lost.

Medvedev noted in an essay published on his Telegram channel on Thursday that when two more nations join the alliance, Russia would have two more “legally registered” foes, and the union’s land borders with Russia will more than quadruple in length.

He stated that Russia must react calmly and without emotion, and that the country must fortify its border with NATO, improve its land forces and air defense system, and deploy its navy in the Gulf of Finland.

“In this case, it will be impossible to discuss the Baltic’s nuclear-free status; the balance must be restored. Russia has not taken, and will not take, such actions till now. If we are forced, as the hero of a famous old film put it, “notice — it was not us who offered it.” “Medvedev made a point.

The admittance of Sweden and Finland to NATO is unrelated to the situation in Ukraine, according to Medvedev, because the two countries contemplated joining NATO before the conflict in Ukraine began.

“These countries do not have territorial disputes with us like Ukraine does. As a result, the cost of such a membership varies for us “He went on to say that Ukraine’s entry to NATO could lead to a direct conflict between Russia and NATO if Ukraine tried to retake Crimea.

Despite the marketing, Medvedev stated that public opinion in Finland and Sweden on NATO membership is about divided in half. He went on to say that their accession to NATO will make the world more unsafe.

“Let’s hope that the intellect of our northern neighbors will still triumph,” he added, adding that no reasonable person wants greater costs and taxes, heightened border tensions, hypersonic weapons, or ships with nuclear weapons literally at arm’s length from their own home.

The British Times newspaper claimed on Monday, citing sources, that Sweden and Finland intend to join NATO this summer.