German Chancellor and Chinese President Xi Jinping have both pledged to work for global peace. 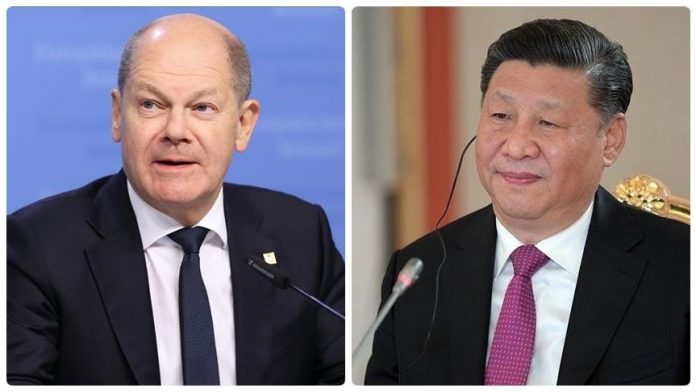 In a meeting on Friday, German Chancellor Olaf Scholz and Chinese President Xi Jinping promised to work together in times of change and uncertainty, and to contribute more to world peace and development.

Scholz is the first European politician to visit Beijing after Xi was elected secretary general of the Communist Party of China for the historic third time last month at the party’s 20th National Congress. This is also the chancellor’s first trip to China.

According to a statement issued by the State Council of Information Office, the visit will increase mutual understanding and trust between the two sides, as well as provide an opportunity for the two sides to prepare for future growth of bilateral ties.

“The five-decade journey (between two countries) demonstrates that as long as the two sides follow the principles of respecting each other, seeking common ground while reserving differences, maintaining exchanges and mutual learning, and pursuing mutually beneficial cooperation, bilateral ties will continue to progress in the right direction overall,” Xi said.

Xi stressed the importance of China and Germany, two large countries with substantial influence, working together to contribute more to world peace and development during times of change and uncertainty, according to the statement.

The German chancellor, for his part, has spoken out against the bloc-driven conflict and stated his willingness to play his full role in promoting EU-China relations.

“Germany aspires to keep in touch and coordinate with China in order to ensure regional and global peace and security. China is a significant commercial partner for Germany and Europe, and Germany strongly supports free trade, economic globalisation, and opposes decoupling “According to the state-run Global Times, Scholz told Xi.

“The globe need a multipolar pattern, and emerging countries’ roles and impact must be recognised. Germany is opposed to bloc-driven antagonism, and leaders must accept responsibility. Germany is eager to contribute to the advancement of EU-China relations “He continued.

He aspired for a successful and stable Europe and stressed that relations between China and Europe are not targeted at, subjected to, or controlled by any third party.

“Political mutual confidence must be maintained by both parties. China and Germany should protect each other’s essential interests, insist on discussion and negotiation, and reject bloc-driven hostility and ideology-driven meddling together “Scholz was told by Xi.