Greece is dedicated to discussion with Turkey president 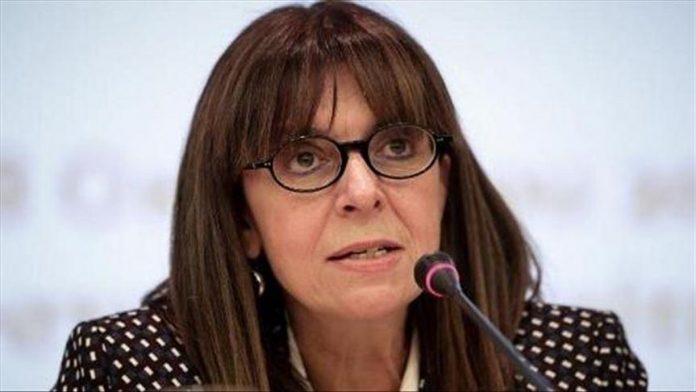 Local media reported on Wednesday that Greece’s president stated that her country remains dedicated to engagement with Turkiye.

According to newspaper Kathimerini, President Katerina Sakellaropoulou stressed the need of good neighborly relations between Greece and Turkey in an interview with public radio ERT.

“We are neighbors, and we shall remain neighbors,” she stated, claiming that there were times when Turkish-Greek relations were peaceful.

She went on to say that ties had been strained in the past, and that Turkiye was to blame for tensions on the Greek-Turkish border and in the Aegean Sea.

“Ukrainians are fighting for all of us, for the independence and principles of Europe,” she remarked of the ongoing Russia-Ukraine conflict.

Turkiye has a number of maritime boundary and rights disputes with Greece and the Greek Cypriot authority.

While seeking to defend its fair share of maritime territory in the region, Ankara has decried recent Greek moves such as violating treaties and pacts by issuing provocative navigational alerts, militarizing islands in the Aegean Sea, and illegally encroaching on Turkiye’s continental shelf.

​​​​​​​Turkiye, which has the longest continental coastline in the Eastern Mediterranean, has rejected the maritime boundary claims of Greece and the Greek Cypriot administration, stressing that these excessive claims violate the sovereign rights of both Turkiye and the Turkish Cypriots.

Ankara has, however, repeatedly stressed that it is in favor of resolving all outstanding problems in the region – including maritime disputes – through international law, good neighborly relations, and dialogue.