Hiiraan pastoralists are having troubles with insects. 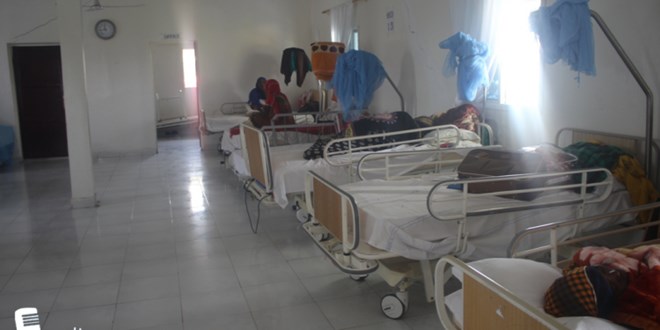 Pastoralists in rural Mataban, in the Hiran region of southern Somalia, describe being stung by insects, which cause severe swellings and fever.

Sahro After being stung twice, Mohamed Mohamud went to the hospital, her body swollen. She described the insects she encountered as follows:

“They look like cockroaches but sting for a long time.” They have two white dots on their back wings and fly in groups of five to six. If you have a lamp or light a fire, they will descend on you at night.”
However, before coming to the hospital, Sahro went to a traditional healer who burned the skin around the bug stings with fire, producing terrible wounds.

Dr Ali Bashi, a doctor at Beletweyne general hospital, told Radio Ergo that he had treated 20 people who were stung by these yet to be identified insects between 25 March and 12 May. He urged patients to seek medical attention and not to use fire. “People stung by these insects need to visit the nearest health centre and seek treatment. Using traditional treatment methods such as burning the affected area with fire doesn’t help in any way. Medically speaking, fire doesn’t heal anything at all,” he said.

Pastoralists in villages such as Takraalle, Doxaale, Madax-marodi, and Kunaso on the border between Ethiopia’s Somali Region and Hiran have been bothered by the insects and have started using mosquito nets and even cooking inside at night to avoid attracting them.

Elders say they have not seen these insects before. Muktar Seedow, an entomologist at Hiran university, said it was possible that they had migrated from another area due to the extreme drought.