Hirshabelle has set the dates for the last three Lower House seats. 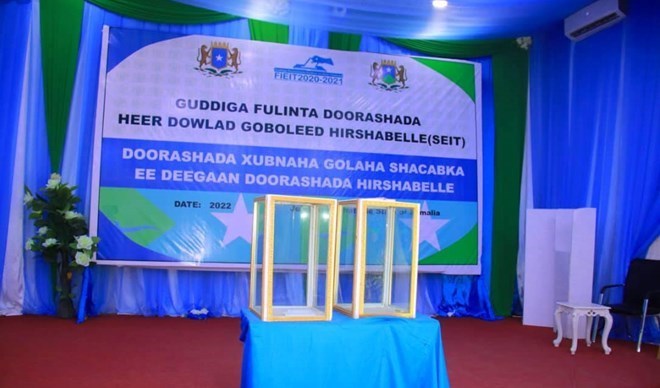 The timetable for the remaining three Lower House seats was announced by the Hirshabelle State Electoral Implementation Team.

HOP# 135, which was last held by late female MP Amino Mohamed, who was slain by an al Shabaab suicide bomber in Beledweyne town last month, is one of the three seats. Mohamed was known for her impassioned remarks and for being a vociferous critic of the administration.

On Saturday, the election for the three seats will be held in Jowhar.

Hirshabelle is the only state that has yet to complete the Lower House elections, with the exception of the disputed seats in Jubaland’s Gedo area.