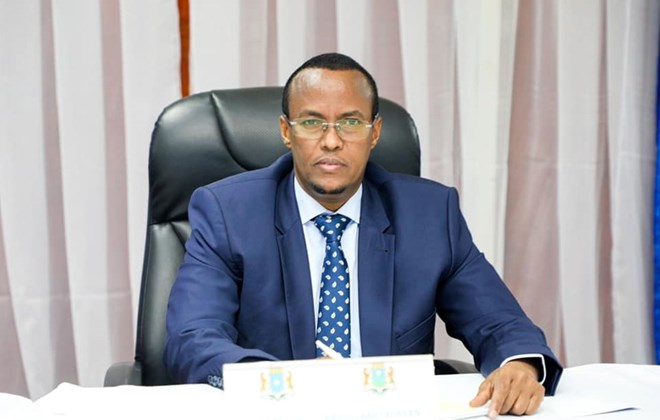 After two years in office, Ali Abdullahi Hussein Guudlawe, President of Hirshabelle regional state, has appointed a cabinet for the first time.

Hirshabelle is now the regional administration with the most government ministers. Guudlawe’s state cabinet is expected to outnumber the federal government’s ministers.

Hirshabelle is also the first regional government to appoint a state minister to each ministry.

Before the cabinet, which includes many young politicians, can take office, it must be approved by the state legislature.

Read the names of the ministers below: 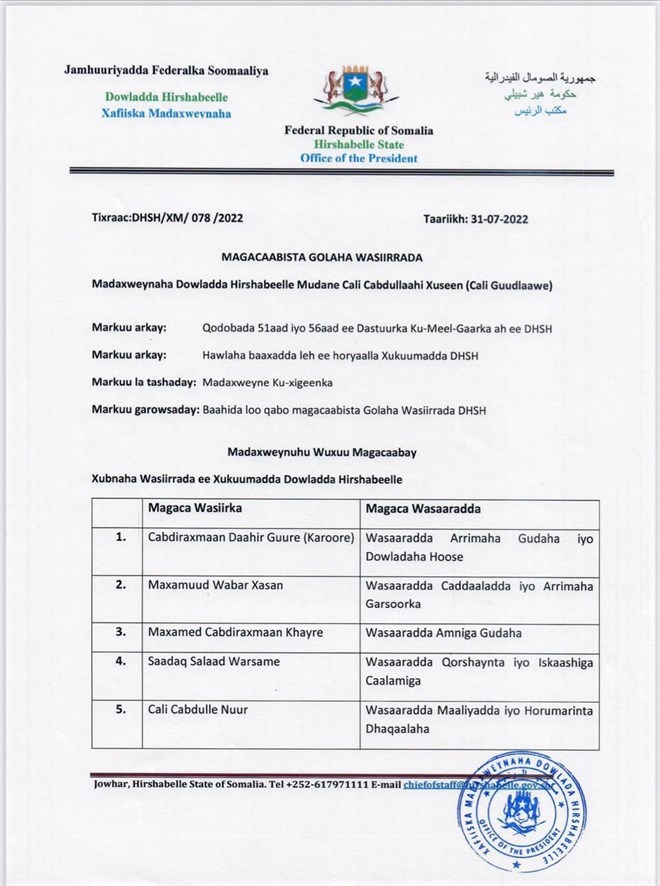 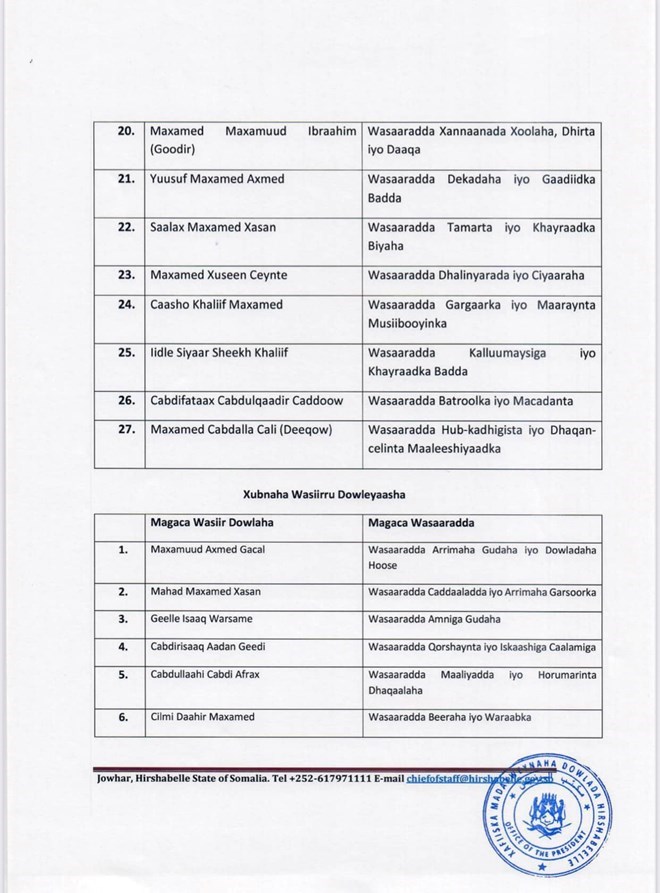 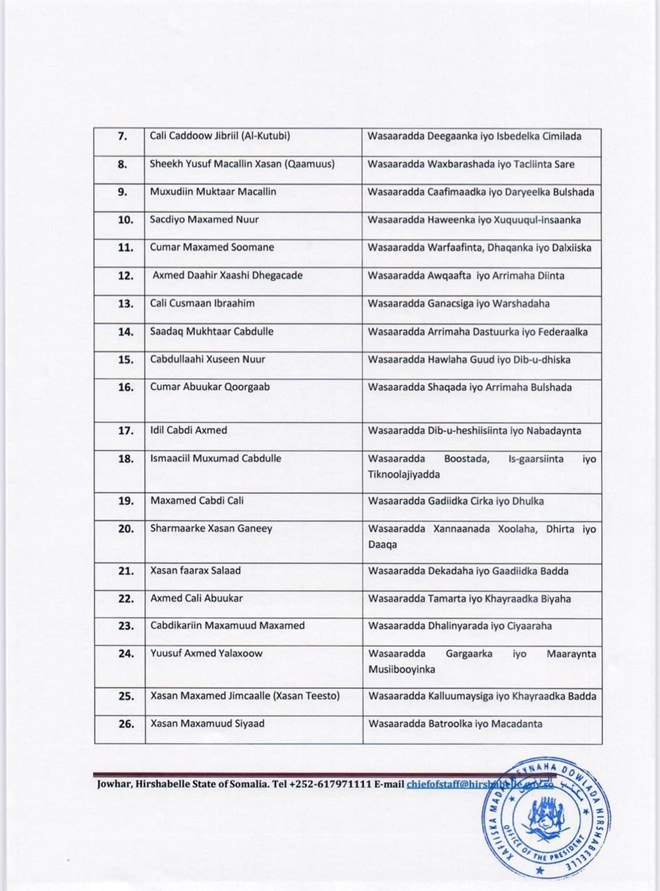 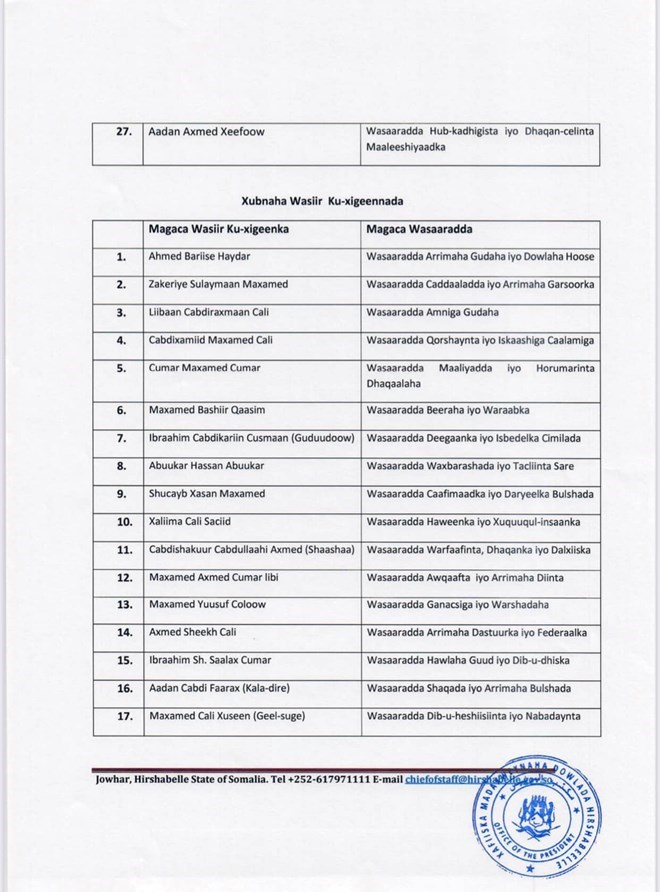