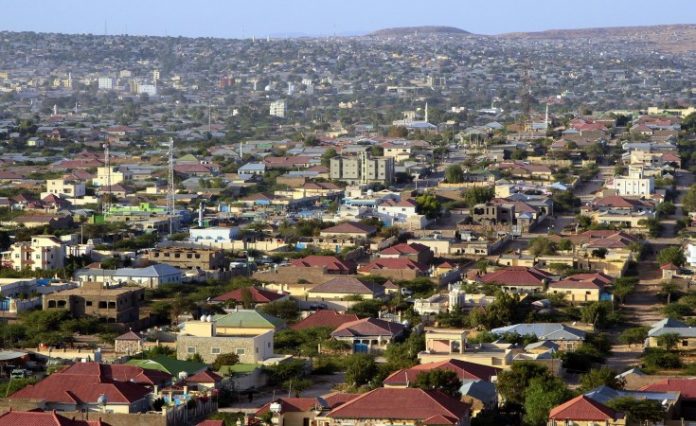 In Somaliland, several cities are expanding quickly. Urbanization is accelerated by population expansion, insecurity, and relocation brought on by climate change. However, a large number of city dwellers are in abject poverty, lack sufficient housing, and have very limited access to essential facilities and services.

The experiences of people who live on the periphery of cities were the focus of two recent study studies. One explored displacement and security while the other looked at infrastructure access.

We discovered that property relations are intricately entwined with security and infrastructure access. Boundaries and processes of inclusion and exclusion are shaped by property. Additionally, it shapes urban encounters and distinguishes urban opportunities.

Somaliland’s urban real estate market is not transparent or subject to regulation. Different forms of land ownership and rental agreements define the urban periphery. Even in the relocation areas supplied by the government, none of these agreements are formalised.

Many urban poor individuals live in continual fear of being evicted. Their perspective of the city is shaped by their precarious housing, and they have limited access to amenities like electricity and water.

unstable living
The economy of Somaliland is mostly market- and profit-driven. State oversight is ineffective. Both the countryside and the cities are dominated by land grabbing. Land ownership is therefore frequently under dispute.

Land and real estate prices have increased in several places. Such price increases are a result of post-conflict urban redevelopment, increased housing investment from wealthy people, private businesses, and a sizable diaspora from Somaliland.

The investments boost land’s “worth” and fuel speculative activity. Similar to how people start competing for land nearby the moment a plan for a new road (or any other public infrastructure) is mentioned in the reconstruction plan, driving up costs.

Squatter camps that displaced urban migrants build in ’empty’ spaces and on the periphery of the cities stand in stark contrast to these investments.

For instance, starting in the middle of the 1990s, people who had left Ethiopian refugee camps began to squat on state-owned property in Hargeisa, including State House. During the colonial era, the State House served as the location for the British administrative structure. People fleeing environmental shocks and violent crime from neighbouring regions of Somaliland, Somalia, and Ethiopia soon joined the squatters there. People who couldn’t afford the soaring rents elsewhere in the city flocked to the State House as well.

The squatters fenced off the plots, and over time they built corrugated iron sheet shacks in lieu of the huts that had previously been there. Early squatters began renting out or selling vacant properties and shacks to newcomers, which led to the emergence of an informal real estate market. Who has a claim to the slum is determined by these types of property ownership.

On privately owned land, a different house configuration has arisen. Landlords are renting out plots of land to less fortunate residents of Hargeisa’s Daami neighbourhood so they can build improvised shelters.

Residents are prohibited from erecting more substantial house structures in either privately rented or squatter communities since doing so would establish a legal claim to the property. Therefore, housing is still temporary, and eviction is a real possibility.

According to our study, 50% of the 203 Statehouse inhabitants and 45% of the 329 residents of Daami thought that they would be evicted within the next year (State House: 9%; Daami: 11%; respectively).

Evictions already happen often in Daami. Either tenants default on their rent obligations or landlords begin to develop their properties as a result.

Long-discussed plans to evict the State House, which is situated on great real estate in the heart of the city, have recently risen in importance in Hargeisa’s urban planning.