Hundreds of Palestinian youths have been slain in the West Bank by Israel. 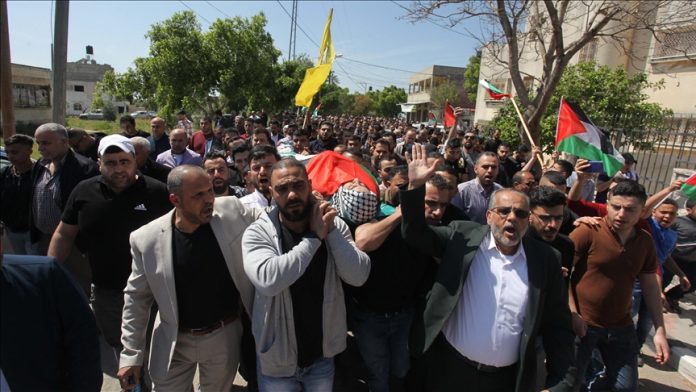 Hundreds of Palestinians gathered in the occupied West Bank on Saturday to mourn the death of a young man killed by Israeli gunfire.

According to the Health Ministry, Israeli troops shot and killed a 27-year-old Palestinian in the northern West Bank city of Qalqilya on Saturday. The circumstances surrounding his death were unknown at the time.

Hundreds of mourners attended the young man’s funeral in his hometown of Azzun, east of Qalqilya, before he was laid to rest.

Qalqilya Governor Rafe Rawajbeh described the killing as a “assassination” in an interview with state-run Palestine TV.

“The young man had been imprisoned by the Israeli army multiple times and was being sought,” he claimed.

“In recent days, he received a call from an Israeli intelligence officer, who threatened him with assassination if he did not turn himself in,” Rawajbeh said.

There was no comment from the Israeli military on the allegation.

Tensions have been running high across Palestinian territories since the beginning of April amid repeated Israeli arrest campaigns in the occupied West Bank and daily settler incursions into the flashpoint Al-Aqsa Mosque complex in East Jerusalem.