If he is returned to Somalia, the Minneapolis resident, who came to the United States as a refugee as a youngster, worries militants will kill him. 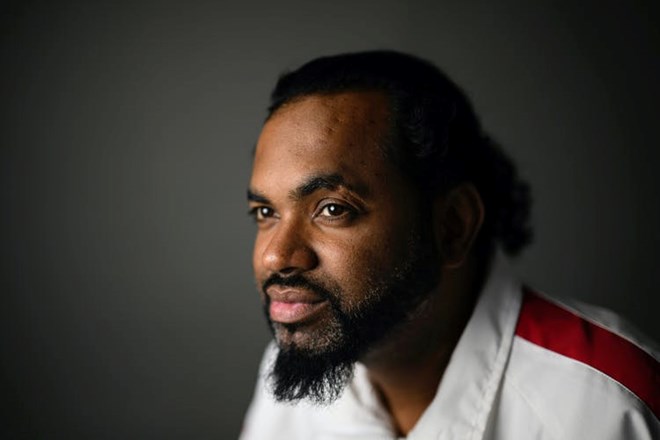 Human rights groups and the Somali community in Minnesota are rallying behind a local Somali singer who is facing deportation to his native country, where he faces death threats.

Omar Osman Mohamed, often known as “Shooli,” is challenging the US government’s attempt to deport him following a federal drug conviction in 2008. During an immigration case check-in on Thursday, federal authorities may weigh in on Shooli’s fate.

The 42-year-old Minneapolis native is well-known for singing love songs in his mother tongue. He plays at small and large gatherings, including weddings, and makes music videos. One of his videos caught the attention of the terrorist group Al-Shabab — which controls many parts of Somalia. The group says the video is raunchy and goes against Islam and has threatened to kill him, Shooli said.

An immigration judge twice found Shooli would likely be severely harmed or killed if he was deported to Somalia because of his prominent status in the community and his influence on Somali culture. But those decisions were overruled following multiple appeals by U.S. Immigration and Customs Enforcement, Shooli’s longtime attorney John Bruning said.

“We continue to fight his case,” Bruning said. “We hope that ICE will allow him to remain in the United States with his wife and children.”

A refugee of civil war, Shooli came to the United States legally in 1996 with his family as a teenager and resettled in Michigan where he went to high school. He moved to Minnesota in 2000 to pursue music. But the quest for the father of five was not easy.

His thirst for music got him entangled with the wrong crowd. He was convicted of khat possession in 2008 after he and his friends were caught in a federal sting operation, dubbed “Operation Somali Express.”
The Drug Enforcement Administration and the Federal Bureau of Investigation had charged dozens of people around the country with charges like money laundering and conspiring to import and distribute khat at the time.

Khat is a leafy herbal plant that is chewed to get high in various parts of the world, including Africa and the Middle East. It is classed as a hazardous restricted substance in the United States and is therefore prohibited.

Bruning of Advocates for Human Rights described the investigation as “controversial,” claiming that it targeted Somali Americans specifically.

“ICE is pursuing his deportation to Somalia purely on the basis of a 2008 conviction for possession of khat, a plant that is no more hazardous than caffeine, tobacco, or alcohol,” Bruning said.

But a 2015 music video featuring a half-naked Somali woman caressing Shooli prompted an uproar in the local Somali community and death threats from militants and relatives of the woman in Somalia. The video also sapped Shooli’s morale and tarnished his reputation in the tightknit Muslim community.

He has since taken down the video, but copies of it remain on social media.

“I didn’t know much back then,” he said. “And I didn’t know that video was going to hurt me in the long run. Because of it, my life is now in danger.”

In 2016, an immigration judge agreed to reopen Shooli’s case to permanently stay in the United States. But an insurance fraud conviction a year later put him back on ICE’s radar. He spent nearly four years in detention. Immigration authorities ordered him deported in October 2019. Shooli appealed, but the Board of Immigration Appeals dismissed his request in May 2021, a month and a half after he was released on bond.

Shooli fears Thursday’s check-in with immigration officials could end with his deportation.

In a statement to the Star Tribune, a spokesperson for ICE said Shooli was enrolled in a program that requires him to do regular check-ins with immigration authorities while he awaits deportation. ICE’s “Alternatives to Detention” program – which began in 2004 and is used in 250 locations nationwide – uses electronic monitoring and case management to keep close tabs on people, making sure they comply with release conditions, court hearings and final orders of removal, the agency said.

Also at play are federal immigration enforcement and a tightening of visa restrictions.

Deportations to Somalia have significantly decreased under President Joe Biden, compared with President Donald Trump, whose administration stepped up immigration enforcement. During the fiscal year of 2021, ICE deported 47 people to Somalia, down from 112 in 2020, according to data from the agency.

A major hold up could be the visa restrictions the U.S. government imposed on Somali government officials and others accused of delaying elections, Bruning speculates. Now that Somali lawmakers elected a new president in Somalia this week, deportations may soon return to their regular pace, he and other immigration attorneys say.

Bruning recently appealed Shooli’s deportation, saying ICE violated his rights by not giving him notice to present more evidence when it made the decision for his removal. The U.S. Court of Appeals is expected to decide in the next month or two on whether Shooli will get another chance to fight his case.

Meanwhile, the charismatic musician said he wants to focus on his family, restore his image in the community and revive his music career. As he awaits a decision on his immigration case, Shooli has been making music videos, singing at Somali weddings and leading local fundraising efforts to help struggling families in East Africa.

“I’m going to fight hard because I can’t be separated from my wife and kids,” Shooli said. “I can’t leave the only life I have ever known.”