If the drought continues in East Africa, 25 million people will face starvation. 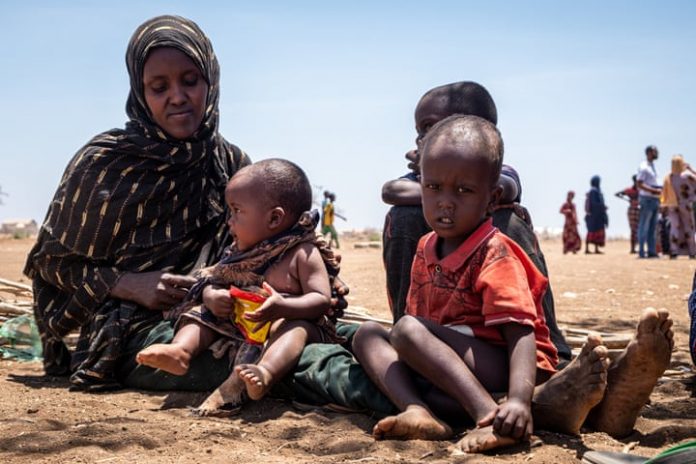 With $5 million, the International Rescue Committee (IRC) is stepping up its response to East Africa’s worst drought in 40 years, providing urgent humanitarian aid in Ethiopia, Kenya, and Somalia. However, the magnitude of the needs resulting from the extreme drought is overwhelming. More funding is needed to support the 25 million people in East Africa who are facing extreme hunger and water shortages due to a funding gap in the region’s humanitarian response plans. To protect lives, livelihoods, and prevent famine, the IRC is calling for a coordinated, urgent response from donors and the international community.

“La Nina weather patterns and climate change have led to the driest conditions seen in Ethiopia in more than 40 years, leading to 307,000 people being displaced as they search for water, food, and new pastures for farming,” says Frank McManus, IRC Country Director for Ethiopia. Ethiopia’s humanitarian needs are increasing as a result of the country’s ongoing conflict, which is exacerbating the drought. The IRC has pledged 2.5 million dollars to provide critical services to Ethiopians affected by the severe drought, but much more needs to be done to meet the scale of the need. More than 260,000 people in Eastern Africa died as a result of the 2011 drought, and millions more went hungry as a result of the extreme weather.

The Ukraine crisis will exacerbate the situation. As the cost of fuel rises, fewer people will be able to afford wheat imported from Ukraine and Russia, which account for 90 percent of East Africa’s imported wheat.”

“The IRC is assisting those affected by the drought in Kenya, Ethiopia, and Somalia by providing essential services such as water and cash assistance. We will see a longer-term impact on the population if we do not invest more in humanitarian aid, as their livelihoods and assets will be eroded. With this contribution, the IRC is expanding its response in southeastern Ethiopia, but much more needs to be done to meet the scale of the needs.”

Since 1981, the IRC has been working in the Horn of Africa. IRC works with clients in Ethiopia through programs that focus on environmental health, health, education, child protection, economic recovery and development, and women’s protection and empowerment. The IRC works in Somalia, where it began working in the aftermath of the Somalia-Ethiopia conflict in 1981, to meet the immediate humanitarian needs of the Somali people while also supporting the country’s resilience and development. In Kenya, the International Rescue Committee (IRC) provides life-saving emergency aid to 300,000 people, including primary and reproductive health care, nutrition for malnourished children, women’s protection and empowerment, and economic and livelihood assistance to refugees and vulnerable Kenyans who are starting businesses and rebuilding their lives.