If the people of Mariupol are harmed, Ukraine will end its talks with Russia: Zelenskyy 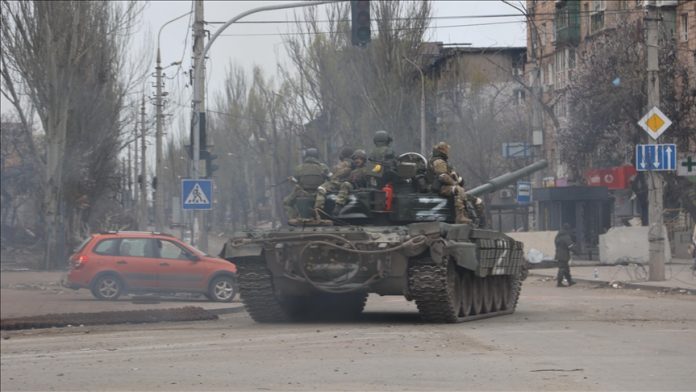 Ukraine’s president stated Saturday that if residents in the Mariupol region are injured and referendums are held in the occupied territories, the government will withdraw from negotiations with Russia.

“If our troops in Mariupol are slain, if pseudo-referendums are held in the occupied territory,” Volodymyr Zelenskyy stated at a news conference in Kyiv.

In response to a question from an Anadolu Agency reporter about whether negotiations may take place in Turkiye as long as talks between the two presidents or delegations continue, he said that all conversations should be focused solely on concrete outcomes.

Ukraine will reclaim all temporarily held territory, according to Zelenskyy, once it has enough weapons.

He stated that among the countries that want to be a mediator between the parties, Turkiye has expressed its desire to be a leader in this respect.

“Turkey has made it plain that it wants and is prepared to be one of the guarantor countries,” Zelenskyy added.

‘Blinken, Austin is going to Kyiv.’

He went on to announce that US Secretaries of State Antony Blinken and Defense Lloyd Austin will visit Kyiv on Sunday to meet with him.

“They won’t be able to come to us empty-handed any longer.” We anticipate not only gifts and sweets, but also unique things and gadgets. I believe we will achieve an agreement with the US or receive a portion of the Ukrainian weaponry package that we have requested.

Also, touching on developments regarding Ukraine’s integration process with NATO, he said his country would have been accepted into NATO

“It was a big mistake not to include Ukraine in NATO. Our membership in NATO would strengthen the alliance, it would be a guarantee that Russia would not start the war. This was a strategic mistake,” he said.

At least 2,435 civilians have been killed and 2,946 injured in Ukraine since the war began Feb. 24, according to UN estimates, with the true figure believed to be much higher.

More than 5.1 million Ukrainians have fled to other countries, with over 7.7 million more internally displaced, said the UN refugee agency.