Ilhan Omar Net Worth 2022: How rich is Ilhan Omar 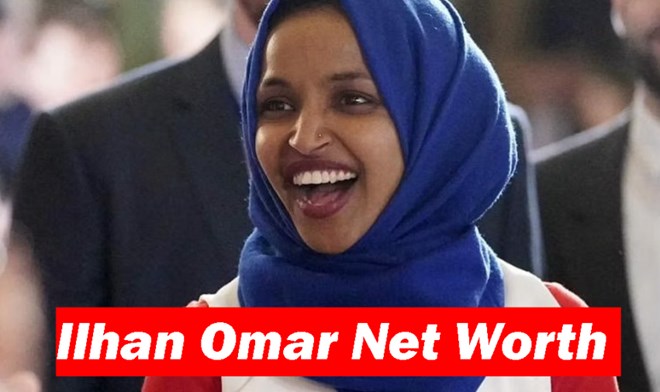 Since 2019, Ilhan Abdullahi Omar has represented Minnesota’s 5th congressional district in the United States Congress. The Democratic-Farmer-Labor Party is one she belongs to.

Omar previously represented a portion of Minneapolis in the Minnesota House of Representatives from 2017 to 2019 before being elected to Congress. She represents the entirety of Minneapolis as well as some of its outer-ring suburbs.

Omar, who chairs the Congressional Progressive Caucus, has pushed for a $15 minimum wage, free healthcare for all, forgiveness of student loan debt, the preservation of the Deferred Action for Childhood Arrivals programme, and the abolition of the United States Immigration and Customs Enforcement (ICE).

Omar, a vocal opponent of Israel, has condemned its military operations in the occupied Palestinian territories, settlement policy, and what she calls the influence of pro-Israel organisations. She also supports the Boycott, Divestment, and Sanctions (BDS) movement.

Omar is the first Somali American, first African-born naturalised citizen, and first woman of colour to represent Minnesota in the US Congress. Along with Rashida Tlaib, she is one of the first two Muslim women to hold a congressional position. She has received several death threats, harassment from political rivals, as well as false and deceptive statements from Donald Trump.

Omar was born in Mogadishu, Somalia, and grew up in Baidoa.  She had seven siblings, including Sahra Noor. Her father, Nur Omar Mohamed, was a Somali army colonel and teacher trainer under Siad Barre.

Her Benadiri mother Fadhuma Abukar Haji Hussein died when Ilhan was two.  Her parents, moderate Sunni Muslims opposed to Wahhabism, raised her. Her grandpa Abukar led Somalia’s National Marine Transport, while Omar’s uncles and aunts were civil workers and teachers. She and her family escaped Somalia to escape the Somali Civil War and spent four years in a Kenyan refugee camp.

Omar’s family came in New York in 1995, then lived in Arlington, Virginia, before moving to Minneapolis, where her father worked as a cab driver and for the post office.

Her father and grandfather emphasised democracy during her childhood, and at 14 she served as her grandfather’s interpreter during caucus meetings.

She was bullied in Virginia because of her Somali appearance and hijab. She remembers gum in her headscarf, being shoved down stairs, and physical taunts during gym class. Omar’s father said, “They’re doing this because they feel intimidated by you.” 17-year-old Omar became a citizen in 2000.

She majored in political science and international studies at NDSU.

Omar started her career as a community nutrition educator at the University of Minnesota, serving in that role in the Greater Minneapolis-Saint Paul region from 2006 to 2009. She oversaw the reelection campaign for Kari Dziedzic to the Minnesota State Senate in 2012. She worked as the Minnesota Department of Education’s outreach coordinator for child nutrition from 2012 and 2013.

Omar oversaw Andrew Johnson’s 2013 mayoral campaign in Minneapolis. She worked for Johnson as his Senior Policy Aide from 2013 to 2015 after he was elected.

She was assaulted and hurt by five persons in February 2014 after a heated precinct caucus that descended into violence. Abdi Warsame, a Minneapolis city council member, reportedly gave Johnson the order to warn Omar not to attend the meeting the day before the caucus, according to MinnPost.

Omar promoted women from East Africa to leadership positions in civic and political spheres as the Women Organizing Women Network’s Director of Policy Initiatives as of September 2015She was referred to as a “progressive rising star” by Roll Call’s Jeff Cirillo in September 2018. 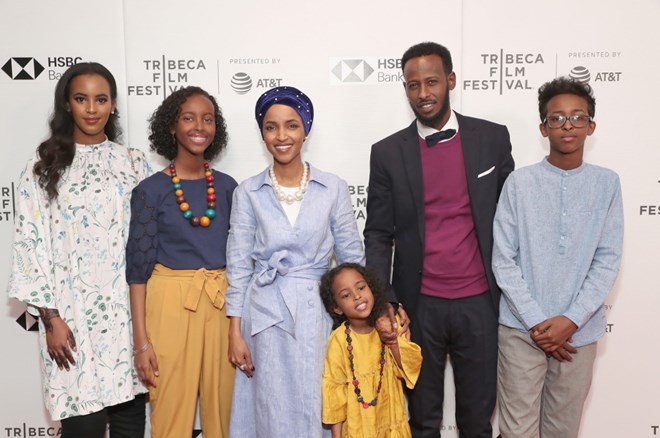 The MD Daily Record claims that Ilhan wed Ahmed Nur Sail Elmi in 2009, but the union disintegrated in 2017. In 2018, she wed Ahmed Hirsi, however they were only together for a year before divorcing. Tim Mynett has been her third husband. In 2020, the couple tied the knot. She has three children, two from her first marriage and one from her second, who go by the names Isra Hirsi, Ilwad Hirsi, and Adnan Hirsi.