In 2021, the number of internally displaced people globally reached a new high of 59.1 million, according to Monitor. 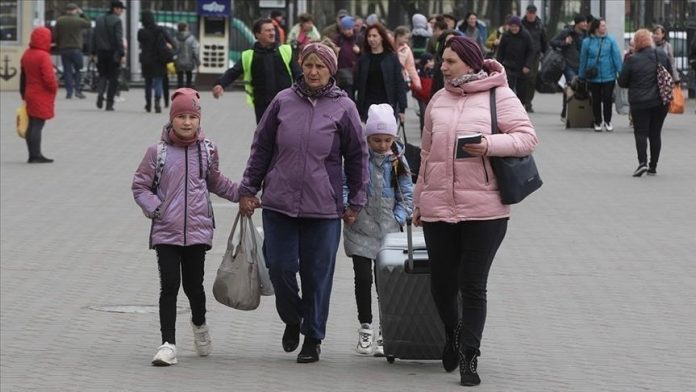 Internal displacement caused by conflicts or natural disasters hit a new high of 59.1 million people at the end of 2021, up from 55 million a year earlier, according to the Internal Displacement Monitoring Centre (IDMC).

On the IDMC’s annual report, he addressed at a press conference hosted by the UN Geneva journalists’ organisation, ACANU.

The historic amount, according to the research, is the result of new waves of violence and protracted conflict in nations ranging from Ethiopia and Afghanistan to Syria and the Democratic Republic of the Congo.

Egeland said the monitoring center’s figures are used by the UN Refugee Agency and the UN Secretary-General Antonio Guterres when they inform the world on international relations, conflict management, and disaster prevention.

“It’s an X-ray of our global conscience in many ways because it’s a sign of how we succeed or not succeed in protecting people in their homes so that they don’t have to flee, often for their lives because of conflict, or because of disasters,” said Egeland.

Conflicts and violence triggered 14.4 million movements, an increase of almost 50% from the year before.

Sub-Saharan Africa was the most affected region, with more than 5 million displacements in Ethiopia alone, the highest figure ever for a single country.

The Democratic Republic of Congo, Afghanistan and Myanmar also registered unprecedented numbers in 2021.

The Middle East and North Africa recorded their lowest in 10 years as conflicts in Syria, Libya and Iraq de-escalated, but the region’s overall number of internally displaced people (IDPs) remained “concerningly high” by the end of the year, said the center.

“The trend toward long-term displacement will never be reversed unless safe and sustainable conditions are established for IDPs to return home, integrate locally, or resettle elsewhere,” said Alexandra Bilak, director of the Internal Displacement Monitoring Centre.

“Peacebuilding and development initiatives are needed to resolve the underlying challenges that hold displaced people’s lives in limbo.”

Disasters continued to trigger most internal displacements globally, with 23.7 million recorded in 2021.

Weather-related hazards accounted for 94% of the total, many of which were pre-emptive evacuations in the face of cyclones and floods that struck densely populated areas of Asia and the Pacific region.

Conflict and violence collided with disasters in many countries, forcing people to flee several times.

“Be it in Mozambique, Myanmar, Somalia, or South Sudan, overlapping crises had severe knock-on effects on food security and heightened the vulnerability of millions.

Egeland said the monitoring center focuses on internally displaced people rather than refugees because “refugees are more easily seen and noticed because they’ve crossed a border.”

The center’s report looks at those displaced who stay within their own country.

“They are more of them than those who become refugees. People are trapped within their own country, and they are not seen,” said Egeland.