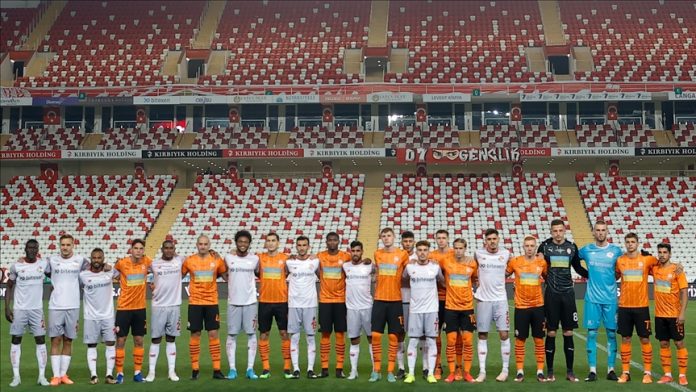 In a charity match on Monday, Shaktar Donetsk defeated Antalyaspor 2-1.

At Antalya Arena in southern Turkey, Mustafa Erdilman scored for the Turkish side in the eighth minute, while Manor Solomon and Dmytro Topalov scored for the Ukrainian team in the 21st and 76th minutes, respectively.

The event was part of a series of charity matches organized by Shaktar Donetsk in April under the auspices of Ukraine’s Ministry of Foreign Affairs.

All earnings from the sale of match tickets and advertising are donated to volunteer organizations, doctors, and relief for Ukrainian children affected by Russia’s war on Ukraine.

Since Russia’s declaration of war on February 24, Donetsk, Shaktar Donetsk’s hometown, has been under siege.

At least 2,665 civilians have been killed and 3,053 injured in Ukraine since the start of the war, according to UN estimates, with the true figure feared to be much higher.

More than 5.2 million Ukrainians have fled to other countries, with over 7.7 million more internally displaced, the UN refugee agency said.