In Afghanistan, the Taliban has made burqas compulsory for women. 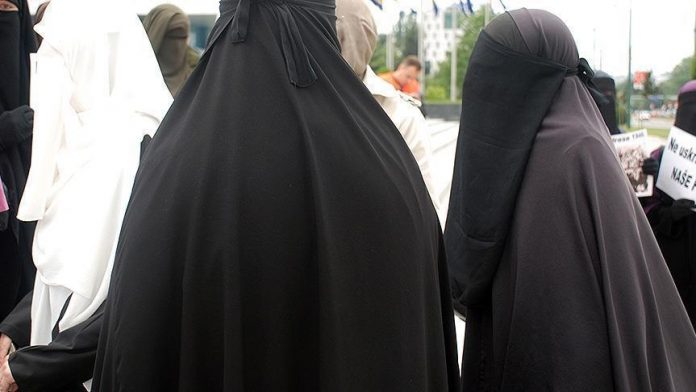 The temporary Taliban leadership on Saturday issued a decree prohibiting women from leaving their houses without wearing the burqa, a garment that covers them from head to toe, reintroducing a controversial provision from Afghanistan’s Taliban rule from 1995 to 2001.

A draft law on the garment was released by the temporary Ministry for the Propagation of Virtue and the Prevention of Vice, which was approved by a decree signed by Mawlawi Hibatullah Akhundzada, the Taliban’s supreme leader.

Any clothing covering a woman’s body is permissible under the order as long as it is not too tight or thin to disclose her body, ministry spokesperson Akif Muhajir told Anadolu Agency by phone from Kabul, Afghanistan’s capital

Any clothing covering a woman’s body is permissible under the order as long as it is not too tight or thin to disclose her body, ministry spokesperson Akif Muhajir told Anadolu Agency by phone from Kabul, Afghanistan’s capital

The Taliban see the burqa as the oldest traditional attire and the best garment for women, and when they ruled Afghanistan from 1995 to 2001, they also enforced a requirement that women wear burqas.

He said the same requirement will be enforced in educational institutions, which have been closed since the Taliban retook power last August, prompting the US to withdraw troops ahead of schedule.

Several protests were held in various parts of the country before the Taliban’s formation of an interim government seeking a guarantee of equal rights for women. However, the Taliban later banned rallies without prior authorization.

Asked about foreign countries raising concerns about restrictions on women’s freedom, Muhajir tried to turn the question around, saying that if no one is raising any questions about bans in Western countries on Muslim face coverings, they do not have the right to question the Taliban making burqas compulsory.

Such bans on Muslim headscarves have been proposed in several European countries, including France.

Under the new Taliban measure, the media is to publicize the law, including its importance and purported benefits, as well as the disadvantages of not wearing burqas.

In phase two, the male guardians of any uncovered woman will be instructed and penalized.

If there are repeated violations, the guardian will be summoned to the relevant department before being taken to court, which will decide on punishment.