In East and Horn of Africa, migrant deaths are on the rise. 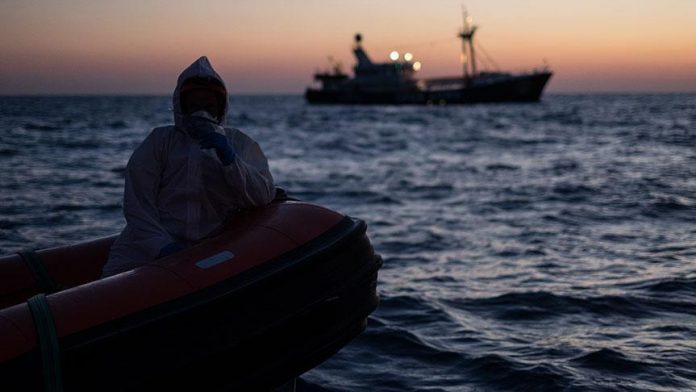 The number of migrants dying in the East and Horn of Africa (EHoA) area has increased this year compared to 2020, according to a new UN report.

Many deaths and disappearances were reported along the eastern migrant route in the Horn of Africa, according to the International Organization for Migration (IOM).

Migrants from the Horn migrate to Gulf countries, where predominantly young migrants, principally men and young boys, but increasingly women and even children, leave countries such as Somalia and Ethiopia and travel to Djibouti, crossing the Gulf of Aden, to reach Yemen and Saudi Arabia.

“109 migrants, 17 of them were minors, lost their life or were killed,” IOM spokeswoman for East and Horn of Africa, Yvonne Ndege, told Anadolu Agency.

In 2019, the number of dead and disappeared was worse with 135 migrants dying or unaccounted for.

The report notes that the most frequent causes of deaths and disappearances during migration in 2021 “were drowning (64) and harsh environmental conditions (5) particularly the high temperatures that all too frequently result in exhaustion and dehydration.”

On the southern route heading from the Horn to South Africa, IOM recorded nearly 59,000 movements in 2021, predominantly by Ethiopian nationals.

“The IOM is seeking funding and donor support to meet the immediate humanitarian needs of those who are on the eastern route, and to, of course, try to address the root causes of what is prompting many young people in the eastern Horn of Africa region to make this dangerous journey in which as the report finds many end up disappeared or missing.”

In March 2021, smugglers threw an estimated 80 passengers overboard from an overfilled boat carrying up to 200 people, resulting in at least 20 deaths and an unknown number of disappearances in the Gulf of Aden.

The next month, 44 people drowned, including 16 children, when a returning boat capsized in the Gulf off the coast of Djibouti.

And in June 2021, a boat carrying up to 200 passengers capsized in the Bab-al- Mandab straight near Ras al-Ara, Yemen, resulting in 25 deaths and up to 175 people who were lost at sea.