In Kampala, the pilot of the last Somali Airlines flight died. 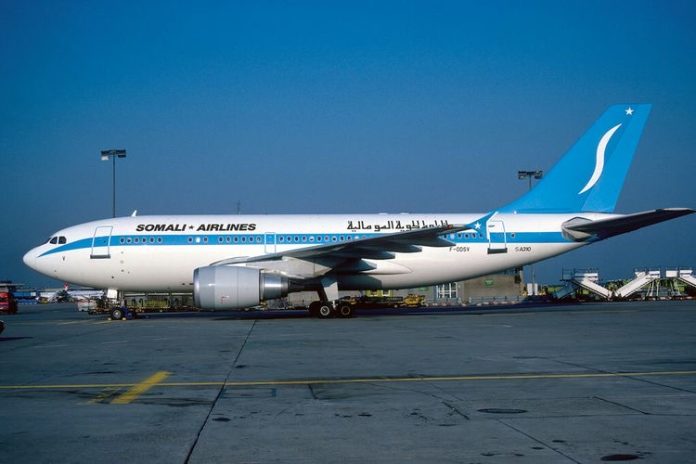 Captain Jama Ofle of Somali Airlines, who made history as the captain of the last international Somali Airlines aircraft in 1991, died on Friday in Kampala, Uganda.

Former Foreign Minister Abdusalam Omer, a friend and brother-in-law of the late captain, announced his death on Twitter.

In early 1991, Captain Jama Ofle piloted the final ‘White Star service’ from Mogadishu to Frankfurt, just as the Somali Civil War was escalating. The flight marked the final flight of a once-proud national airline that represented Somalia’s post-independence progress. Captain Ofle was recalled by crew and passengers for carrying out his duties with grace and bravery, assuring the safety of all people on board.

The airline, which was once a symbol of national pride and a critical connection for Somalia’s foreign trade and diplomacy, was unable to endure the terrible effects of the war and the country’s political turmoil, and was forced to halt all flights in 1991.

The planes and facilities of the airline were regularly targeted by the many clan factions fighting for control of the country.

Captain Ofle, who is well-known among his peers for his professionalism and commitment to safety, flew the trip in one of Somalia’s recently acquired Airbus A310s, which were acquired through a lease agreement by Somali Airlines in 1986 for routes to Europe and the Middle East, replacing the airline’s aging Boeing 707.

The aircraft (Serial: F-ODSV) would change hands multiple times before being purchased by the Pakistani air force in 2007, where it is still in action today.

After the final flight, Captain Ofle and his family relocated to Ottawa, where he finally became a Canadian citizen.

In interviews, he spoke favorably of his time with the airline and the sense of pride he and his coworkers felt when flying for their country. In the mid-1960s, Captain Ofle was among the first Somali civilian pilots to be educated in West Germany’s Lufthansa Aviation Training Academy.

His death was a devastating loss for the Somali aviation sector, and it served as a reminder of the sacrifices made by Somali aviators who devoted their lives to flight.