In Mogadishu, police detain more than 50 members of adolescent gangs. 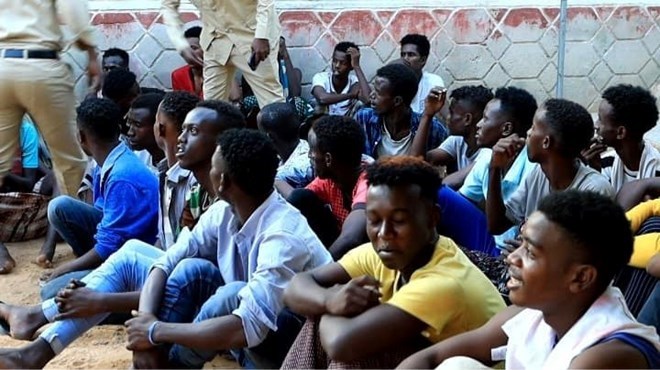 Following a security operation in Mogadishu on Sunday, Somali police detained over 50 members of adolescent gangs who were allegedly involved in robberies and drug use.

At a press conference, police spokesperson Sadiq Aden Ali Doodishe stated that the apprehended young gangs were using guns and machetes to intimidate and rob people in the capital.

They had been turned over to the security agencies to face charges because they posed a threat to the Banadir region’s security.

The young men’s arrests correspond with a recent rise of armed bandits in Mogadishu.

Last week, Tramadol, Pethidine, Pregabalin, and codeine syrup were among the prescription medications that Somali Police forces recovered at the Aden Abdulle airport in Mogadishu.

One of the medications, Oxytocin injection, is used to start labour in pregnant women.

These prescription medicines, which are typically opiates, are being misused every day on the streets of Mogadishu, according to police spokesman Sadiq Doodishe.