In Mogadishu, President Hassan Sheikh meets with the UN chief for refugees. 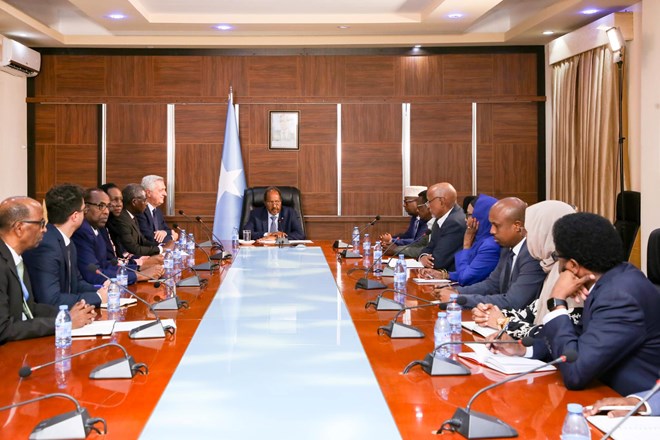 President Mohamud and Filippo Grandi spoke about the nation’s drought as well as the government’s strategy for combating terrorism and internal displacement.

The President praised the UNHCR for its assistance to the Somali people and emphasised that the government is committed to driving Al Shabaab out of the nation.

The government’s security strategy was welcomed by Filippo Grandi in the hopes that it would make it simpler to assist and resettle internally displaced people. He pledged to increase funding for the Somalia drought and displaced people.

According to Martin Griffiths, the UN’s humanitarian chief, two regions of Somalia are likely to experience famine later this year as a result of the nation’s ongoing drought and conflict flare-ups.

He stated that if aid efforts were not significantly increased, famine would occur in the south-central Somalia districts of Baidoa and Burhakaba between the months of October and December.