In Moscow, Austria’s chancellor will meet with Putin. 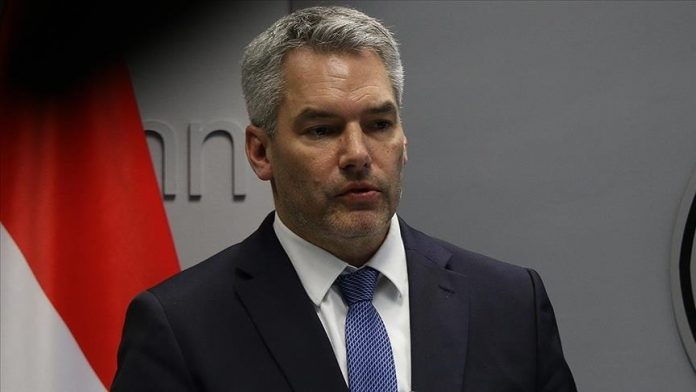 On Monday, Austrian Chancellor Karl Nehammer will travel to Moscow to meet with Russian President Vladimir Putin, making him the first European leader to do so since Russia’s invasion of Ukraine.

Austria is a militarily neutral country, but it has a “clear opinion” on Russia’s assault in Ukraine, according to Austrian Foreign Minister Wolfgang Nehammer.

He encouraged both parties to put an end to the fighting and arrange a cease-fire so that humanitarian corridors could be established and war crimes could be fully investigated.

Nehammer will travel to Ukraine after meeting with Zelenskyy and Kyiv Mayor Vitali Klitschko on Saturday.

During the visit, Nehammer reaffirmed Austria’s support for Ukraine, saying that “Russia’s war crimes must be disregarded.”

Russia’s assault on Ukraine, which began on February 24, has sparked international indignation, with the European Union, the United States, and the United Kingdom, among others, imposing harsh economic sanctions on Moscow.

Hundreds of international businesses have also halted operations in Russia.

According to UN estimates, at least 1,793 civilians have been killed and 2,439 injured in Ukraine, with the true figure likely to be much higher.

More than 4.5 million Ukrainians have fled to Europe, with millions more displaced within the country according to the UN refugee agency.