In Nairobi, Somalia’s presidential contender was ‘detained’ for a Sh4 million debt. 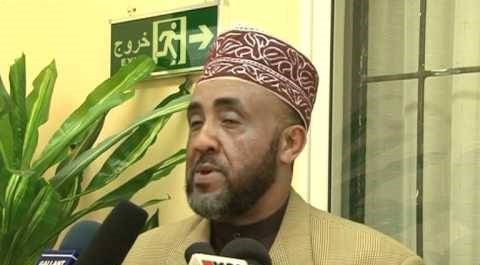 A presidential candidate in the Somalia elections has asked the Nairobi High Court to obtain the release of his passport so that he can go to Mogadishu and campaign for the country’s top position.

Mohamed Yassin Ismael, 71, who is facing a Sh4 million fraud charge at the Makadara law courts, has asked Justice Grace Nzioka to order the court deputy registrar to hand over his passport because the case has been settled.

Ismael is a Djibouti citizen who has been married to Kenyan lady Sahara Yassin Mohamed since 2003 and has eight children ranging in age from 9 to 17.

Lawyer Dr John Khaminwa who is defending him , urged the judge to dispose of the case expeditiously since ‘time is of essence as competitors in the hotly contested Somalia presidential polls are busy soliciting for votes’

“The presidential hopeful has asked me to inform this court that once he clinches Somalia’s top seat he will root for the country to become a member of the East African Community,” said Dr Khaminwa.

He added that the petitioner has also promised not to pursue the Kenya/Somali boundary dispute thus resolving the stand-off over the fishing waters in the Indian Ocean.

Dr Khaminwa said Ismael ‘is being subjected to the rigorous criminal justice system in the Makadara case despite the parties having opted to an out of court settlement’.

The veteran advocate told the judge the money which is subject of the case before Makadara Law Courts arises from a civil debt where Ismael was advanced US Dollars ($)40,000 (KSh4million) by a trader Guleed Kuno Mursai to purchase a house.

Justice Nzioka heard Ismael has a 10-acre parcel of land in Syokimau Machakos County valued over Sh800million and therefore the civil debt is taken care off.

The judge heard despite the parties having settled the matter, the Director of Public Prosecutions(DPP) Noordin Haji has declined to consent to the withdrawal of the case.

“The dispute resolution was brokered by Somali Elders and the mode of payment agreed upon but the suit has been converted to a criminal dispute for ulterior motives,” the lawyer told court.

The veteran lawyer added ‘the complainant conscientiously agreed to the withdrawal of the complaint against Ismael’.

The judge was prevailed upon to determine the matter since ,’Ismael seeks to participate in the Somalian Presidential Elections slated for May 20,2022.”

In the case Ismael has named the DPP, the Director of Criminal Investigations (DCI), the National Police Service (NPS), the Attorney General and the Public Service Commission (PSC) as respondents.

“Ismael be allowed to obtain his passport confiscated by the respondents to enable him to urgently travel to Turkey for medication and to participate in the presidential polls slotted for May 20 2022,” urged Dr Khaminwa.

Further the petitioner is urging the court to mark the case pending before the Makadara Law Courts as withdrawn.

The judge heard that the respondents are allegedly colluding with others to politically frustrate the candidature of the petitioner.

The case did not however proceed since the state prosecutor in the case had joined other prosecutors for an internal event at the office of the Director of Public Prosecutions (ODPP).

A circular from a deputy registrar of the high court Ms A Mwicigi to accused persons stated from May 9-12,2022 prosecutors won’t be available to handle court matters.