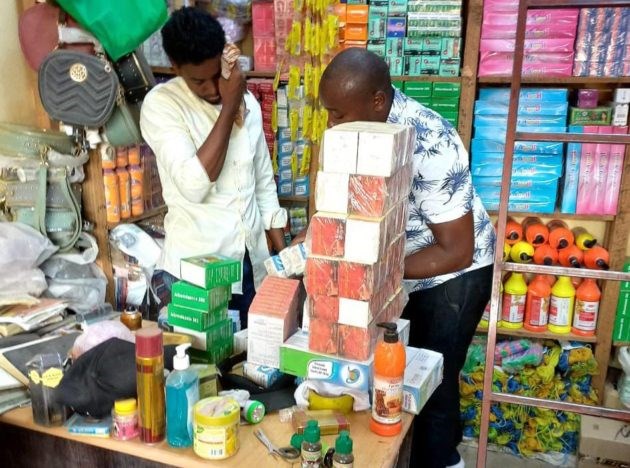 On suspicion of operating illicit pharmacies in the country, police have detained 40 persons and charged them in several courts in the North Eastern and Nairobi areas.

Their arrest happened as a result of a joint investigation launched by the Pharmacy and Poisons Board (PPB) and the police on April 10 to combat illegal pharmaceutical practices across the country.
The operation aims to improve surveillance along the Ethiopian and Somalia borders to prevent alleged smuggling of health products and technologies, according to Kaluai Julius, the Head of Inspections, Surveillance, and Enforcement.

“We are also engaging and sensitizing stakeholders on the PPB mandate, focusing on important players in the North Eastern region, such as police, imams, county governments, and county assemblies. professional bodies, and the public the sensitization program further aims at banishing the emerging trend of abuse and misuse of controlled and prescription medicines especially by Khat users to achieve a “Kabarai impact,” Kaluai said.

In accordance with pharmacy laws, the PPB is also conducting an audit of controlled drugs and prescription medicine paperwork.

“We’ve seen that the majority of unlicensed chemists in the North Eastern region operate as clinics.” They are mostly owned and administered by county government healthcare workers. Such officers will be sanctioned by their local county governments in order to obtain valid practice licenses and to regularize their private practice in accordance with Good Distribution Practices for pharmaceuticals,” Kaluai explained.

He went on to say that they have begun investigations within the Dadaab refugee camp to identify and prevent any potential pharmaceutical malpractices and illegalities.

The regulatory operation in the two regions is part of a proactive attempt to create a long-term sustainable regulatory impact within the country.

The Drug Regulatory Authority warned that they will continue to pursue all illegal pharmaceutical practitioners and take action against them if found culpable.