In Saudi Arabia, the special envoy for Somalia’s drought talks with the OIC Secretary-General. 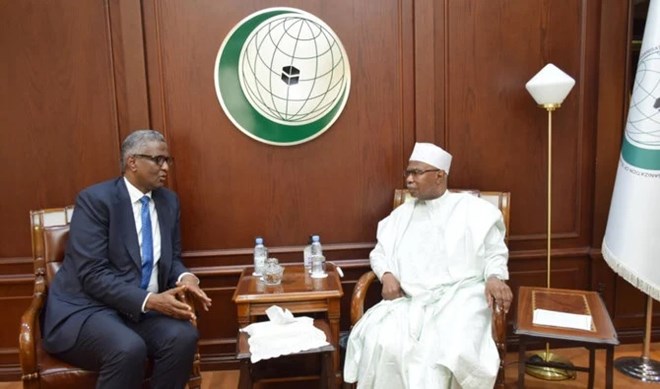 Hissein Brahim Taha, the OIC Secretary-General, met with the Somali President’s special representative for humanitarian affairs and the drought on Sunday in Jeddah

Abdirahman Abdishakur Warsame handed the Secretary-General a letter from the President of the Federal Republic of Somalia during the meeting.

The Secretary-General reiterated the General Secretariat’s commitment to implementing the Resolution adopted by the Council of Foreign Ministers in Islamabad earlier this year, as well as the organization’s dedication to easing Somalis’ suffering.

He called for stepping up help for drought victims.

In response to worries about starvation in Somalia, the United Arab Emirates delivered 40 containers of food aid to the Somali government on Saturday.

More than 1,000 metric tonnes of food have been provided by the UAE Red Crescent to Somalia, according to Mohamed al-Othmani, the UAE ambassador to Somalia, in an effort to aid the nation in battling the devastating drought.

An unprecedented four straight dry seasons have failed in Somalia.