In the absence of the Houthis, the Gulf bloc hosts Yemen peace talks. 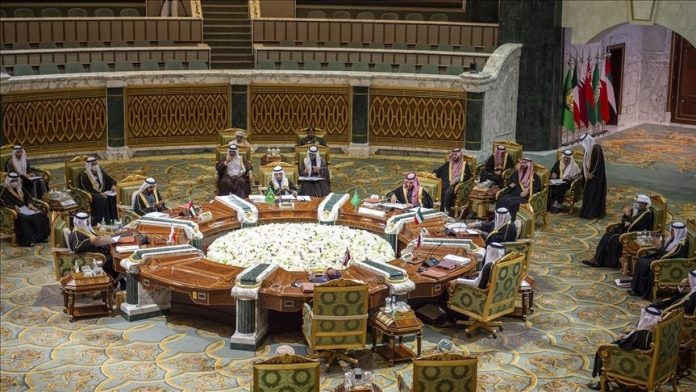 The Gulf Cooperation Council (GCC) will host discussions between Yemen’s various parties on Wednesday in Riyadh, Saudi Arabia, to discuss methods to bring peace to the war-torn country.

The talks, according to GCC Secretary-General Nayef al-Hajraf, will bring together roughly 500 Yemenis to discuss ways to “resolve the situation, create humanitarian corridors, and achieve stability.”

The negotiations, which will last until April 7, are aimed at “unifying the internal front of the internationally recognized government” and resuming UN-backed political talks to resolve Yemen’s conflict, according to him.

Shawki Alqadhi, a Yemeni politician who is taking part in the negotiations, claimed the meetings have no set agend”It primarily focuses on methods to improve the internationally recognized government and alleviate suffering,” of Yemeni people,” he told Anadolu Agency.

“We hope that these discussions will help to bring the supporters of the rightful administration together,” he continued.

“We expect that these meetings will mark the start of the end of the coup and the war,” Alqadhi said.

Since 2014, when Iran-aligned Houthi rebels controlled much of the nation, including the capital Sanaa, Yemen has been immersed in violence and chaos.

According to UN estimates, the eight-year conflict has generated one of the world’s biggest man-made humanitarian catastrophes, with almost 80% of the country’s population in need of humanitarian aid and protection, and more than 13 million people in danger of hunger.

While the GCC-hosted talks were welcomed by the Yemeni government, Houthi rebels said they will not attend the discussions and called for the dialogue to be held in a “neutral country.”

A statement by the Houthi-run Foreign Ministry said the talks must be held in a “neutral country” that is not involved in the war in Yemen.

Saudi Arabia is leading a military coalition of Sunni countries in fighting Houthi rebels in Yemen since 2015.

Alqadhi opines that the GCC-hosted talks will be a “test” to Houthi rebels to join efforts aimed at ending the conflict in Yemen.

“The Houthis will not sit for talks unless they are militarily defeated,” he said. “It is normal for the Houthis to bomb Saudi Arabia because this is what militias do.”

Last week, Houthi rebels launched a series of drone and missile attacks on vital energy facilities in Saudi Arabia, in a new escalation in the lingering conflict in Yemen.

The Yemeni lawmaker believes that there is “absolutely no hope” for Houthi rebels to participate in any peace talks as long as they have military power.

“Houthis may agree to join talks only when they free themselves from their religious ideology, cut their ties with Iran and are defeated militarily,” he said.

Riyadh Aldubai, a Yemeni political activist, is downbeat about any positive results from the GCC-hosted Yemeni talks.

“Unfortunately, not much of those talks and agreements have been achieved,” Aldubai said. “But we hope that the mistakes of previous talks will be avoided this time, and more gains will be made.”

Aldubai noted that the new talks may set the fate of more than 30 million Yemenis, most of whom live below the poverty line, or “die on a daily basis either from hunger or bombings.”

He urged all participants to be aware that they have a “great opportunity” in hand to end the conflict in Yemen.

A political settlement, he said, is “the only solution to resolve the conflict.

“Yemenis have no dream other than enjoying safety and security in their country and providing their families with their daily needs,” he added.