In the new Somalia mission, the US must not hurt civilians or repeat prior abuses, according to a rights group. 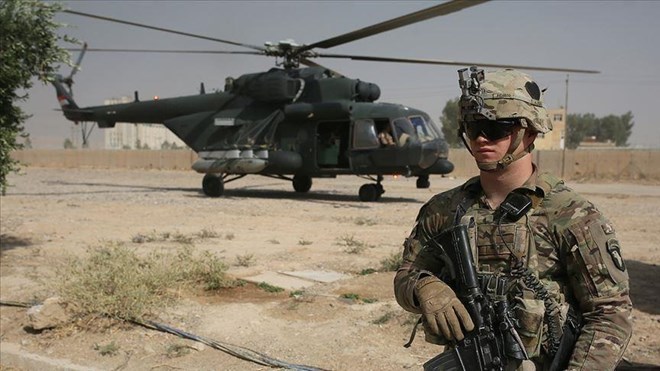 Human Rights Watch (HRW) said on Friday that as the US prepares to redeploy hundreds of troops to Somalia, it is working to minimize civilian harm, establish accountability for crimes, and prioritize civilian protection.

In a study, the rights group stated that “previous US military actions in Somalia resulted in the loss of life and property to Somali people that the US neither recognized nor provided with reparation.”

Since at least 2007, Washington has been active in military operations in Somalia against al-Shabaab, an al-Qaeda-affiliated terrorist group, with US airstrikes increasing considerably in 2017.
Former President Donald Trump, on the other hand, ordered around 700 American troops out of the East African country in the last month of his office.
In a major policy reversal conducted at the Pentagon’s request, his successor Joe Biden approved the redeployment “to enable a more effective fight against al-Shabaab, which has increased in strength and poses a heightened threat,” according to the White House.
The troops going to Somalia will be from existing deployments in the region and will have done “episodic” missions in the country following Trump’s January 2021 withdrawal, according to the White House.

HRW’s Horn of Africa director, Laetitia Bader, said US authorities must be “extremely clear” about how they will avoid killing Somali civilians during military operations.

“They’ll have to cooperate closely with Somali and African Union officials to avoid repeating past laws of war violations and respond quickly and effectively to civilian casualties,” she said.

“A significant loss of civilian life in US airstrikes and combined operations, including attacks that were apparent violations of the laws of war,” according to HRW.

During the previous deployment, the US military “denied many incidents of civilian harm,” the report said.

The rights group said it recorded two US airstrikes in February and March 2020 “that killed seven civilians in apparent violation of the laws of war.”

“While the US Africa Command (AFRICOM) acknowledged responsibility for the Feb. 2 incident, which killed a woman and injured her two sisters, both children, and her grandmother, none of them received compensation,” the report said.

HRW urged the US military to “correct course and ensure that it takes all civilian harm allegations seriously, and credibly investigates them.”

“A culture of impunity for civilian loss breeds resentment and mistrust among the population and undermines efforts to build a more rights-respecting state,” Bader said.

“The US government recognizes the need to credibly investigate and compensate for civilian harm, but the military has yet to make this a reality.”​​​​​​​