In the wake of a nearby terrorist attack, MPs protest security frisks. 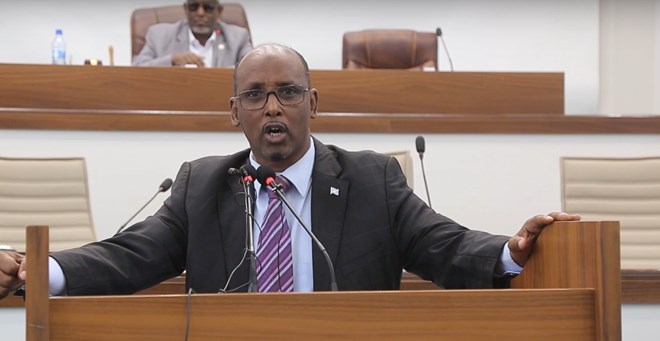 After al-Shabab terrorists assaulted a hotel close to the President’s residence in Mogadishu, the Somali government was accused of ordering security guards at the parliament building to pat down lawmakers entering the facility.

After some members complained that they had been denied admission to the parliament building, Saturday’s session degenerated into commotion and chaos. Later, the session was reopened.

Adan Madobe, the Speaker of the House of Representatives, was accused of accepting a letter from the cabinet authorizing security agencies to stop MPs and their vehicles for frisking by Dahir Amin Jesow, a member of parliament.

Since you were chosen to protect the MPs’ honor, we expected the speaker to stand up for us against the cabinet’s wrongdoings, claimed MP Jeesow.

Lawmaker Jesow stated that the cabinet’s choice is unacceptable.

Six al Shabab militants attacked the Villa Rays hotel, which is a popular destination for senior Somali government officials, including ministers, lawmakers, and other security officials, two days ago. The hotel is located close to the Presidential palace in the capital.

Security personnel killed five of the six assailants, according to a police spokesman, while one detonated himself. According to him, 60 individuals were saved by security authorities after the extremists killed eight of them at the hotel. There were no injuries among civilians.