In Uganda, the Mafia buys children from some parents to employ as beggars. 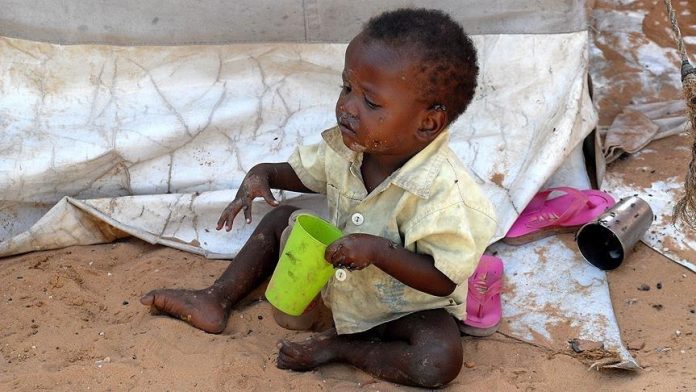 Officials say, traffickers visit Karamoja region to buy children from poor parents and then force them into begging on streets

Despite having abundant gold and uranium reserves beneath the ground, the Karamoja region in northeast Uganda is impoverished, with many families apparently selling their children to the mafia, who force them to beg.

Some people involved in child trafficking come to this region, according to Yusuf Tuke, a security officer in Karamoja, and buy children from destitute parents.

He explained, “They pay parents money that they can pay and then remove their children.”

Save the Street Children Uganda communications officer Delilah Aisu said her charity has picked up 1,000 children from the streets of Kampala and other towns who had been sold by their parents.

“It is horrible that some parents sell their children in order to support themselves.”

Jack Masurubu, a Kampala city council law enforcement official, told Anadolu Agency that there is an organized scam to force youngsters from destitute Karamoja locals to beg on the streets of Uganda’s capital.

“It’s not uncommon to see extremely young toddlers begging on Kampala’s streets. Those in charge of them stay a safe distance away, and when one of the children is offered money by a sympathizer, they rush over to grab it,” he explained.

Several girls over the age of 14 are also brought from Karamoja and trafficked to Kenya to work as sex workers, according to child rights activist Stella Namuddu.

“A few years ago, scores of Karamojong females were apprehended in Kenya and returned to Uganda,” she explained.

A legislator is looking for a plan.

During the discussion, legislators from the Karamoja region wanted a strategy to ensure that all Karamojong children receive free education for at least 10 years, in order to decrease child trafficking and early marriages.

She stated that they transport children to rehabilitation centers and afterwards to schools.

The government has virtually put an end to child trafficking, according to Frank Mugabi, a spokesman for the Ministry of Gender and Social Service.

“There was a time in Karamoja when trading and purchasing children was done openly. “However, it is now done clandestinely because the government lately battled hard against it and even detained some of the parents involved,” he claimed.

He added that the administration has also urged individuals not to offer alms to street youngsters. The goal, according to Mugabi, was to dissuade their handlers.

“We have programs meant to get rid of problems that force the children to beg on the streets. One