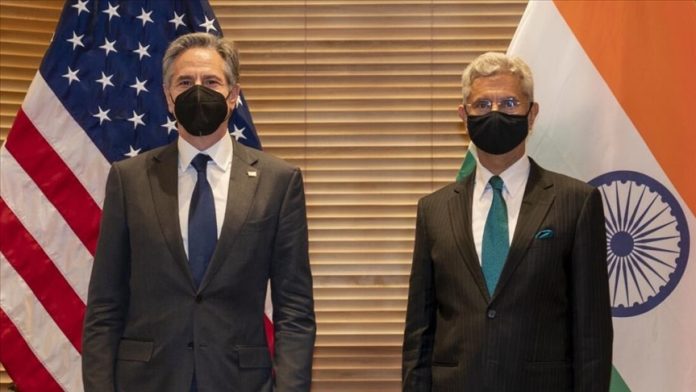 India defended its purchases of Russian oil and gas on Monday, despite a US drive for countries around the world to reduce purchases, claiming that Europe’s use much outnumbers India’s.

“I would urge that your attention be concentrated on Europe if you’re looking at energy purchases from Russia,” he said during a meeting of Indian and American senior diplomats and military secretaries in Washington. “Based on the numbers, our monthly purchases are likely to be less than what Europe purchases in one afternoon.”

The statement comes as the Biden administration presses countries around the world to limit sales of Russian oil and gas in an effort to put economic pressure on Moscow over its conflict with Ukraine.

The Biden administration is “seeking to allies and partners not to boost their purchases of Russian energy,” according to Secretary of State Antony Blinken.

“We’re advising countries not to buy extra Russian energy supplies,” he said, noting that “every country is different, has different needs, requirements.”

At the start of the meeting, Biden stated that the US and India are in “close talks” regarding Russia’s aggression against its eastern European neighbor and how to effectively handle its “destabilizing effects.”

Although New Delhi has refrained from criticising Russia’s involvement in Ukraine, Modi has stated that the apparent mass deaths of civilians in Bucha are “extremely disturbing.”

India has so far withstood US pressure to reduce purchases of Russian oil and gas, two of Moscow’s primary economic foundations, and abstained from a UN General Assembly vote last week that suspended Russia from the Human Rights Council.

“We continue to urge all countries to avoid substantial new transactions for Russian weapons equipment, particularly in view of what Russia is doing to Ukraine,” Blinken said, adding that no decision on giving India a prospective sanctions waiver has yet been made.

He said, “We have not yet made a conclusion regarding potential sanctions or waivers.” “Of course, India and Russia have a long history and interaction, even when it comes to military weapons.” That connection began many years ago, when, as I have stated, we were unable to be India’s partner.”

“We are now both able and willing to be such a partner, to be a security partner of choice for India. That’s one of the areas that we discussed in some detail today,” he added.