Insecurity a top issue as African leaders meet in Ethiopia 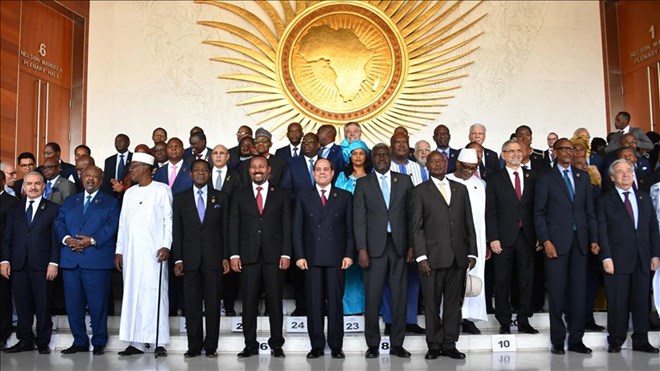 African leaders are meeting Saturday at a summit that is expected to discuss the continent’s most pressing challenges, including a new wave of coups in West Africa and a slow response to the COVID-19 pandemic.

The summit in the Ethiopian capital, Addis Ababa, is also expected to gather support for Africa’s push toward permanent representation on the United Nations Security Council.

“Today, more than seven decades after the creation of the United Nations, Africa remains a junior partner, without a meaningful input or role within the system of international governance,” Abiy said.

“We should collectively insist that Africa’s reasonable request for no less than two permanent seats and five non-permanent seats in the U.N. Security Council be adopted.”
Speaking via video link, U.N. Secretary-General Antonio Guterres said cooperation between the the U.N. and the African Union “is stronger than ever.” Guterres noted that “injustice is deeply embedded in global systems,” with Africans “paying the heaviest price.”

Most of the summit’s sessions will be held behind closed doors.

The African Union, which will celebrate its 20th anniversary in July, has often been criticized for its apparent inconsistencies in responding to sporadic crises on the continent of 1.3 billion people.

Ahead of the summit, the bloc’s most recent major decision was to suspend Burkina Faso after mutinous soldiers ousted democratically elected President Roch Marc Christian Kabore in a coup, citing his inability to stem Islamic extremist violence. That decision came after the West African regional bloc ECOWAS had suspended Burkina Faso.

West Africa’s new wave of coups began in 2020 in Mali, followed by another in Guinea the following year, and then Burkina Faso in late January. Just a week later, gunmen tried and failed to overthrow the president of Guinea-Bissau.

Elsewhere, there are deadly conflicts in countries ranging from Mozambique to Ethiopia.

The International Crisis Group said in a statement that securing a cease-fire in Ethiopia, supporting dialogue in the Sahel and reforming the African Union Mission in Somalia should be among the African Union’s priorities this year.

“It has been a turbulent year for Africa: tens of thousands killed in wars in the Horn of Africa, countries falling back under military rule, and struggles with faltering transitions and Islamist militancy,” the group said ahead of the Summit. “The (African Union’s) institutions must be able to tackle these problems, as well as climate change-related security threats.”
Human Rights Watch urged President Macky Sall of Senegal to focus on civilian protection, justice and accountability as he takes up the presidency of the African Union.

“Despite the challenges, Sall has an opportunity to demonstrate the AU’s leadership and commitment to its founding principles by taking bold, uncompromising stances against state-sponsored abuses, responding to victims’ calls for protection and justice, and pressing for equal and fair multilateral relations with the Global North,” Carine Kaneza Nantulya, Africa advocacy director at Human Rights Watch, said in a statement.

The African Union summit should prioritize addressing the rampant abuses occurring in the conflict in Ethiopia between fighters loyal to the Tigray People’s Liberation Front and the Ethiopian federal government and its allies, including Eritrea, the rights group said.