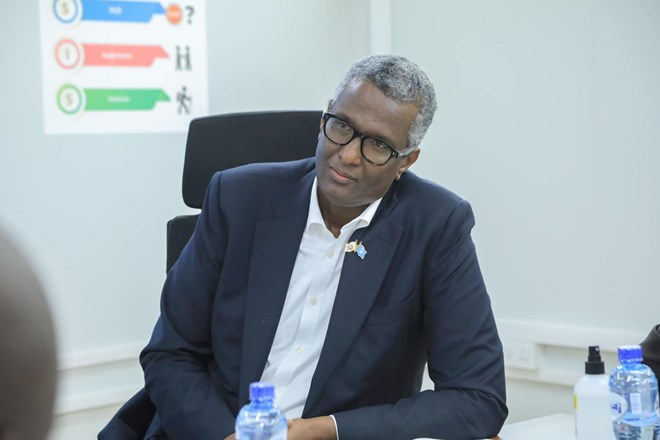 According to Abdirahman Abdishakur Warsame, Somali President’s Special Envoy for Drought Relief, the drought has displaced approximately 1 million people, including children, women, and the elderly.

“They are starving. They do not have any water. They do not have access to health care. We are witnessing the worst humanitarian disaster in the last two decades “Warsame told Xinhua in an interview on Thursday, ahead of the United Nations General Assembly’s 77th session.

Warsame stated, “We are knocking on every door to get that support” to assist several million Somalis who are struggling to survive.

According to the UN, the worst famine of the twenty-first century is taking place in the Horn of Africa. For months, a historic drought caused by climate change, combined with other factors, has resulted in severe food shortages in Somalia, Ethiopia, and Kenya.

In the Horn of Africa country, four consecutive failed rainy seasons have threatened millions with food insecurity. “We are on the verge of famine if the fifth rainy season fails in October,” the special envoy warned.

Warsame stated that with the assistance of the international community, 68 percent of Somalia’s 2022 humanitarian response plan had been funded. “However, the gap remains enormous,” he said.

“But we cannot take advantage of that opportunity, and we cannot realise that potentiality because we are facing a dire situation caused by the drought” and the destruction of extremists, he added.

According to Warsame, Somalia’s government is coordinating efforts to respond to the humanitarian situation by allocating resources, easing access, implementing tax exemptions, and expediting customs clearance for humanitarian delivery.

“We are attempting to create a conducive environment in which the international community and donor community can provide assistance,” he said.

“We are appealing to the international community and in particular to pay attention (to our plight), to support and fund the humanitarian response plan that the government of Somalia has developed,” said the special envoy.