Is Algeria abandoning Spain in favor of Italy in terms of energy? 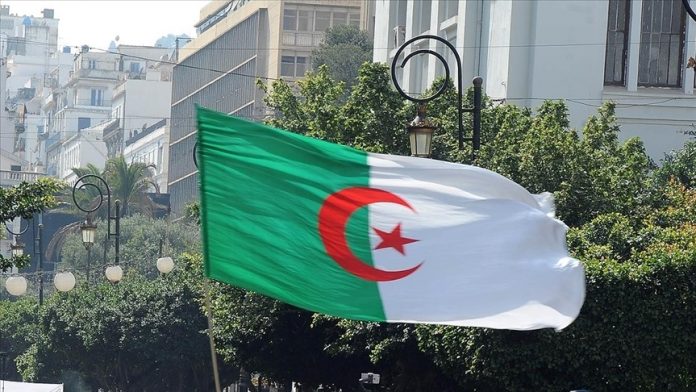 Italy and Spain stand out as the most important economic partners of Algeria in the world. As a matter of fact, Algeria has serious agreements with both countries for gas export through pipelines that pass through the country’s deserts to Europe.

Algeria also imports billions of dollars annually from both Spain and Italy. Among the items that Algeria imports from both countries, besides industrial products, marble and porcelain stand out.

Madrid’s stance in favor of Morocco on the Western Sahara issue disturbed Algeria, which is Spain’s main supplier of natural gas.
A new era in relations between Algeria and the two European countries
On April 11, a natural gas agreement was signed between the two countries at a ceremony attended by Italian Prime Minister Mario Draghi and Algerian President Abdulmecid Tebbun.

The energy agreement between Algeria and Italy includes Sonatrach and ENI companies to review gas prices according to the global market in 2022-2023.

In the statement made by the Italian energy company ENI, it was stated that with the said agreement, natural gas shipments will be increased gradually up to 9 billion cubic meters per year in 2023-2024, by utilizing the capacity of the Transmed pipeline, which carries natural gas from Algeria to Italy.

Italian Prime Minister Draghi, during his contacts in Algeria, said that they wanted to develop cooperation between the two countries not only in the field of energy, but also in other sectors.

Noting that his country is planning to make various investments in different sectors in Algeria, especially in renewable energy and green hydrogen, Draghi also underlined that there may be investments in the food industry and increasing wheat production with Algeria as well as the container and ship industry.

Describing Algeria as “the biggest economic partner in the African continent”, the Italian Prime Minister stated that they will meet for an intergovernmental summit in Algeria on July 18-19.

Algerian President Tebboune is expected to hold talks in Italy next month before the summit.

Italy signed new agreements with Algeria for natural gas imports.
Tension in Spanish-Algerian relations
Algeria, which has political and economic closeness with Italy, is also experiencing tension with Spain, another important gas supplier.

Spanish Prime Minister Pedro Sanchez, in a letter he sent to Moroccan King Mohammed VI on March 18, stated that his country considers Rabat’s plan to solve the Western Sahara problem as “the most serious attempt”.

After Sanchez supported the Moroccan plan for the solution of the Western Sahara problem, Algeria recalled its Ambassador in Madrid, Musa Said, to the country for consultation on 19 March.

In a written statement from the Algerian Ministry of Foreign Affairs, “We are surprised by the latest statements from the Spanish high authorities on the subject of Western Sahara.” expressions were used.

Although Spain, which ended its 47-year-old neutrality policy in the Western Sahara issue, improved its relations with Morocco with a policy that supported Morocco’s “extended autonomy” proposal for this region, it started to have problems with Algeria this time.

Observers, on the other hand, describe this step taken by Spain, the former colonizer of the region, as a “historical transformation”.
Gas supply guarantee from Algeria to Spain
In a statement to the local media on April 23, Algerian President Tebboune said that despite the disagreement between the two countries over Western Sahara, they would never give up supplying gas to Spain, regardless of the circumstances, and that they assured the Madrid administration in this regard.

Tebbun also stated that Spain should not forget that its historical responsibility in Western Sahara still continues, given that the region is a former colonial power.

Tevfik Hakkar, Chairman of the Board of Directors of Sonatrach, the state energy company in Algeria, said in a statement at the beginning of April that Algeria was considering reviewing the gas prices in the agreements signed with Spain.

Spain meets 43 percent of its natural gas needs from Algeria
Algeria supplies natural gas to Spain through the “Medgaz” pipeline, which connects the two countries directly over the Mediterranean and has an annual capacity of 8 billion cubic meters.

Spain, the second country that buys the most gas from Algeria after Italy, meets 43 percent of its total natural gas needs from this country.

Spain ranks 5th after France, England, the Netherlands and Belgium in oil purchases from Algeria. Expansion works are currently underway to increase the annual capacity of the pipeline to 10.6 billion cubic meters.

Algeria can use economy card against Spain
In his statement to the AA correspondent, Hüseyin Bukara, lecturer at the Department of International Relations and Political Sciences at the University of Algeria, stated that Algeria reacted to Spain with the logic that “the country’s economic diplomacy cannot be separated from public diplomacy”.

Bukara stated that European countries, including Italy, are trying to improve their economic relations, especially energy, with Algeria in the current environment created by the Russia-Ukraine war.

Bukara, who evaluated that there will be a coldness in the next stage in the relations between Spain and Algeria, said:

“Spain is under great pressure in terms of energy, under the Russian-Ukrainian war and the current conditions. Therefore, I think Algeria can use the economic factor to influence Spain’s political stance.”