Israeli attempts to encroach on Lebanon’s energy wealth are slammed by Beirut. 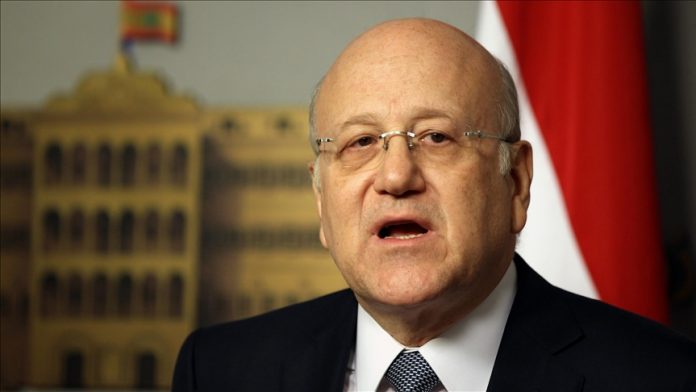 “The attempts of the Israeli enemy to create a new crisis, by encroaching on Lebanon’s water wealth […] is a matter of extreme seriousness and would trigger tensions,” Mikati said in a statement published by the official National News Agency.

Mikati also warned against Israeli moves to impose “a fait accompli in a disputed region in which Lebanon adheres to its rights.”

The Lebanese premier called on the United Nations and all concerned parties to “compel Israel to stop its provocation.”

Early on Sunday, Mikati met with Lebanese President Michel Aoun for talks following the entry of a ship called Energean Power into the disputed area between Lebanon and Israel.

Aoun described as the move as “provocative and hostile.”

Lebanon and Israel are engaged in a dispute over a maritime area that is 860 square kilometers (332 square miles), according to maps sent by both counties to the UN in 2011.

The area is rich in natural gas and oil. Five sessions of indirect negotiations were held between Lebanon and Israel under UN sponsorship and US mediation. The last round of talks was in May 2021 but it was stuck because of major differences.