It could take years for Somalia to clean land mines planted in the fight against Al-Shabaab. 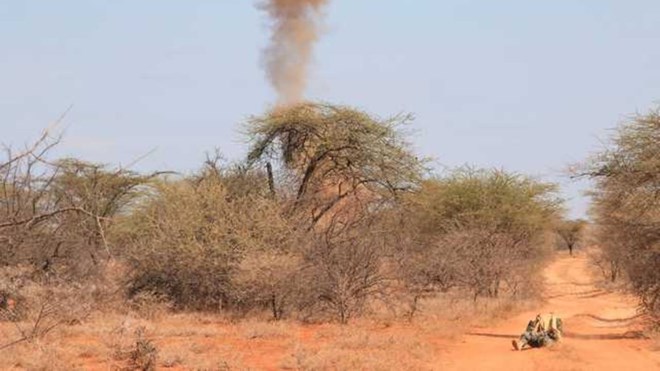 It could take years for Somalia to dismantle land mines planted to battle Al-Shabaab extremists over decades of unrest.

The United Nations in Somalia said the escalating number of victims of improvised explosive devices (IEDs) in the country is a huge issue for a country seeking to rebuild on April 4, which was International Day for Mine Awareness and Assistance in Mine Action.
Last year, 669 people were killed by IEDs and other explosive leftovers of war, up from 501 in 2020. The UN’s special representative for Somalia, James Swan, stated that the organization would continue to support the liberation of Somalia from explosive risks.

“The UN in Somalia remains committed to working on mine action with Somali authorities and partners, which enables peacebuilding, humanitarian and socio-economic development efforts while protecting civilians,” he said.

He added that the continued use of IEDs poses a serious threat to the country and its population.
“The contamination by and from explosive remnants of war and landmines resulting from years of conflict in Somalia continues to have detrimental effects on safety and human security, and hampers development efforts,” said Mr Swan.
The UN in Somalia works closely with national and international mine action specialists.
The support includes the provision of explosive ordnance risk reduction, the delivery of survey and clearance activities, victim assistance, stockpile destruction, and advocacy for adherence to the international legal instruments.

The subject of this year’s events was “Safe Ground, Safe Steps, Safe Home,” highlighting the work made over the last decade to rid Somalia of explosive threats, from playground to pathway, farmland to home.

Despite the fact that over 55 million mines have been destroyed, more than 30 countries have declared mine-free, and casualties have decreased dramatically, the world is still rife with millions of stockpiled landmines, and more than 50 countries remain contaminated with these abhorrent weapons, according to UN Secretary General Antonio Guterres’ message.

“Thousands of people are killed or injured every year by mines, explosive leftovers of war, and improvised explosive devices, many of whom are youngsters.” We must do more to safeguard individuals who live in the shadow of explosives. ordnance, from Syria, Somalia and Afghanistan to Myanmar, Cambodia, and beyond,” Mr Guteres said in a statement.