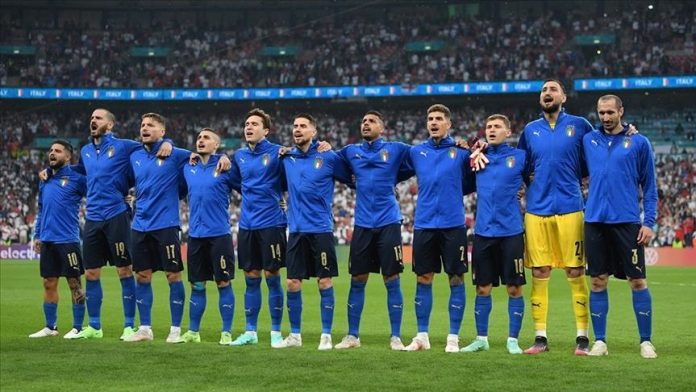 The Azzurri’s FIFA World Cup misery did not end in 2022, as they failed to qualify for two consecutive World Cup tournaments.

Italy, the four-time world champion, was shocked to lose 1-0 to North Macedonia in the 2022 World Cup playoff semifinals on Thursday, putting the Italians’ season to an end.

Italy won the 2006 World Cup, defeating France on penalties at Berlin’s Olympiastadion, before winning the UEFA EURO 2020 title in the summer of 2021.

Italy did not compete in the 2018 World Cup in Russia, as they were eliminated for the first time in 60 years.

Italy was knocked out of the Russia 2018 playoffs by Sweden. The Swedish national team qualified for the World Cup after winning 1-0 on aggregate.

Sweden drew 0-0 in the second leg in Milan’s San Siro Stadium to qualify for the 2018 World Cup, while Italy was eliminated.

North Macedonia advanced to the playoff final after Aleksandar Trajkovski scored the game-winning goal in the 92nd minute. They will face Portugal in Porto’s Dragao Stadium on Tuesday, March 29.

The playoff semis and finals for the 2022 World Cup European Qualifiers will be played in a single-leg knockout format.

The World Cup will be held in Qatar from November 21 to December 18.

The Italians last competed in the 2014 World Cup.

Italy last competed in a World Cup tournament in Brazil in 2014.

England, Uruguay, and Costa Rica were all in the same group as the Azzurri.

After a win and two losses, the Italians finished third and were eliminated from the group stage.

Costa Rica and Uruguay, the top two teams in Group D, advanced to the Round of 16 in Brazil 2014.

Italy’s last World Cup appearance was on June 24, 2014, when the Azzurri were defeated 1-0 by Uruguay in Natal, Brazil.

So, in the 2014 World Cup, Uruguay stunned Italy and sent the European team home.