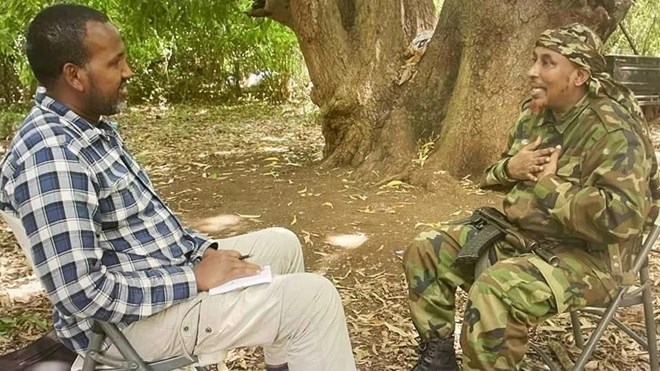 Journalist Jamal Osman, who is based in the UK, claimed that the Somali National Intelligence and Security Agency (NISA) prevented him from traveling to Mogadishu and compelled him to leave for London.

In order to present a program on violence against women, Jamal flew into Mogadishu on Sunday. He was arrested shortly after landing at Aden Adde International Airport.

In an interview with the BBC Somali, Jamal claimed that after he left the airport at 8 a.m., two young guys followed him and informed him they were looking at him to verify his identity.

The two individuals, according to Jamal’s addition, claimed to work for Somalia’s intelligence service.

Soon later, a number of additional policemen arrived at the hotel and sat down at a table outside of his room.

They wanted to scare me so that I would be unable to carry out my journalistic duties, according to Jamal.

A few hours later, he claimed that one of the NISA commanders informed him that he had been refused entry into Somalia because of a previous program he had produced on al-Shabaab in which he had spoken with Mahad Karate, the leader of the Shabaab’s Amniyat unit, a special security division in charge of assassinations, attacks, and intelligence gathering.

In mid-June, Channel 4 News aired a feature produced by Jamal Osman called “Inside Al- Shabaab,” in which Osman was given exclusive access to the organization’s top figures and training grounds.

In the center of an Al Shabaab stronghold, Osman had an interview with the group’s de facto leader Mahad Karate, who was the target of a $5 million US bounty and one of the most wanted terrorists in the world.

“These are the repercussions for creating articles that we don’t like,” the NISA official informed me. It doesn’t matter what is written in the legal documents, Jamal said.

Later, Jamal Osman received a directive to go back to London. On Monday, he flew with Turkish Airlines out of Mogadishu.