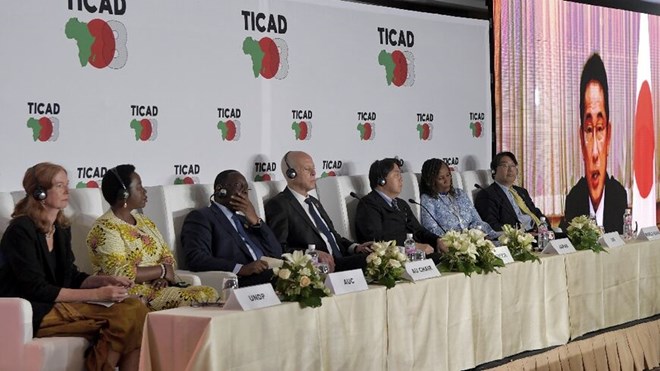 In order to encourage “more resilient” economies, Japan would work closely with African nations, Prime Minister Fumio Kishida said on Sunday during the closing session of an investment conference in Tunisia.

One day after committing $30 billion in public and private funding for the continent, he also said that Japan would utilise its position on the UN Security Council the next year to fight for a permanent African seat in the international organisation.

After testing positive for Covid-19 a couple of days earlier, Kishida declared via live video from Tokyo that Japan wanted to “create an environment where African people may live in peace and security so they can prosper.”

Kishida’s call for the continent to have a seat on the UN Security Council was supported by Senegalese President Macky Sall, the head of the 55-member African Union.

Conflicts “that destabilise us and prevent us from developing must be taken into account by the Security Council” whose mission it is to promote international peace and security, Sall said.

He also advocated for African peacekeepers to have a larger role in conflict resolution.

“There can be no progress without security,” Sall stated.

The ninth Tokyo International Conference on African Development (TICAD) was held in Tunisia, one of many import-dependent countries hit by global supply interruptions and price hikes caused by the coronavirus outbreak and Ukraine’s war.

Twenty African leaders of state and government attended the meeting in the North African country, which drew 5,000 individuals from business and other sectors and closed major routes across Tunis, causing weekend traffic mayhem.

President Kais Saied of Tunisia urged for a “new strategy” to Africa, noting that many countries that had accumulated substantial foreign loans since independence were also net exporters of human resources, transferring talents gained in Africa to the global North.

“Who lends to whom?” he inquired.

Sall asked for African loans to be rescheduled or abolished, as well as the G20 group of nations’ agreement to postpone interest payments.

“Given the double crisis we’re experiencing,” he continued, “these measures are vital to relaunch our economies.”

The summit took place at a time when Japan’s rival China is consolidating its influence on the continent with its “Belt and Road” infrastructure programme, and analysts are concerned about the long-term viability of certain African states’ borrowing from Beijing.

Kishida also stated that Japan would send a special envoy to the Horn of Africa, where a lengthy and terrible drought in portions of Ethiopia, Kenya, and Somalia has forced the UN meteorological service to issue a “exceptional humanitarian calamity” warning this week.

In West Africa, Kishida announced that Japan would invest $8.3 million in the turbulent but gold-rich Liptako-Gourma tri-border area between Mali, Niger, and Burkina Faso, which has been destroyed in recent years by terrorist violence.

According to him, the funding will help “build excellent relations between citizens and local authorities” and improve administrative services for the area’s five million residents.

The conference delegates expressed “great worry (about) the detrimental socio-economic impact” of the Ukraine conflict in a concluding declaration, claiming that it had caused food insecurity in Africa.

“(We) renew the repeated requests for the resumption of exports of cereals, grains, agricultural products, and fertilisers to global markets in order to relieve the African population,” the declaration stated.