Journalists detained in Somaliland while documenting a jail scuffle 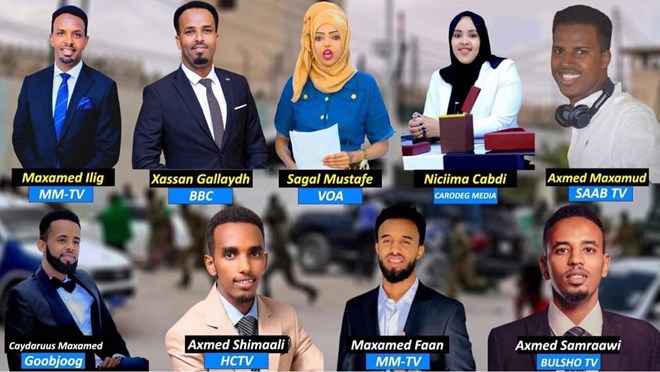 As they reported a prison altercation in the territory’s capital, Hargeisa, police in Somalia’s breakaway Somaliland province arrested at least seven journalists, including a VOA reporter.

VOA After a brief incarceration, Somali stringer Sagal Mustafe Hassan was released, while the other journalists remained in jail at Hargeisa’s central police station.

The journalists were detained for unknown reasons, according to authorities. Some of them were streaming live at the time of their arrest outside the prison, where roughly 150 criminal and terror offenders are kept, according to colleagues and family members.

“Some people deceived the public about a minor incident that occurred at the prison. In a press conference following the incident, Brigadier General Ahmed Awale Yusuf, the commander-in-chief of the Somaliland Custodial Corps, said, “We hold them accountable, and we will not let such people go unpunished.”

On March 18, gunmen in Hargeisa attacked three journalists in a car and kidnapped one of them, freelance web journalist Abdisalan Ahmed Awad, who was eventually revealed as a member of the intelligence services.

The Committee to Protect Journalists (CPJ), located in New York, asked for the release of Abdisalan, who is still being held in detention, on Monday.

“Authorities in Somaliland’s breakaway territory should release freelance web journalist Abdisalan Ahmed Awad unconditionally and hold the intelligence personnel who harassed him and assaulted him and two other journalists responsible,” CPJ said.
Somaliland is a Somali breakaway state that has received no international recognition since declaring independence from Somalia in 1991, following the overthrow of the Siyad Barre dictatorship.

President Muse Bihi Abdi of Somaliland says he had won guarantees of enhanced US backing for his self-declared state in an interview with VOA Somali during a visit to Washington in March.

Despite the fact that formal recognition is currently off the table, he asked the international community to support his territory’s bid for independence, claiming that negotiations with Somalia had failed.

Unlike southern Somalia, Somaliland has had relative calm, has its own military and police force, and has been credited with holding democratic elections, although human rights organizations frequently accuse Somaliland officials of being unfriendly toward journalists.