Kazakhstan’s president has stated that Donetsk and Luhansk would not be recognized as independent states. 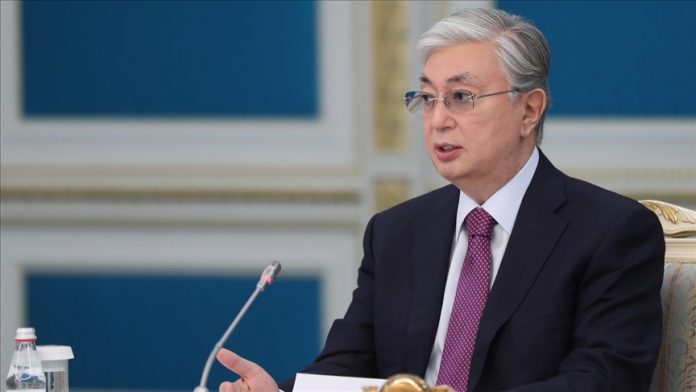 President Kassym-Jomart Tokayev declared on Friday that Kazakhstan will not recognize the self-proclaimed independence of Ukraine’s Donetsk and Luhansk regions.

“If the right to self-determination is implemented throughout the world, there would be almost 600 countries instead of the 193 countries that make up the United Nations now.” Tokayev remarked at the St. Petersburg International Economic Forum, “Of sure, that would be anarchy.”

He also stated that Kazakhstan does not recognize Taiwan, Kosovo, South Ossetia, or Abkhazia, as well as Donetsk and Luhansk.

On the eve of Russia’s entry into the Ukraine conflict on February 24, President Vladimir Putin proclaimed Donetsk and Luhansk’s “independence.”

All of Donbas, like Crimea, is still internationally recognized as Ukrainian territory, and the country’s armed forces are currently fighting for it.